Aizuwakamatsu City, a final stronghold of “samurai” (feudal warrior) rule in Japan, held a press tour for foreign correspondents and social media influencers based in Tokyo from January 31 to February 2 to showcase its samurai heritage and promote inbound tourism to the area in Fukushima Prefecture, northeastern Japan. During the three-day tour, the correspondents were guided around local sites revealing the legacy of the area’s Aizu clan samurai, left after their demise during the Meiji Restoration in the middle to late 19th century. 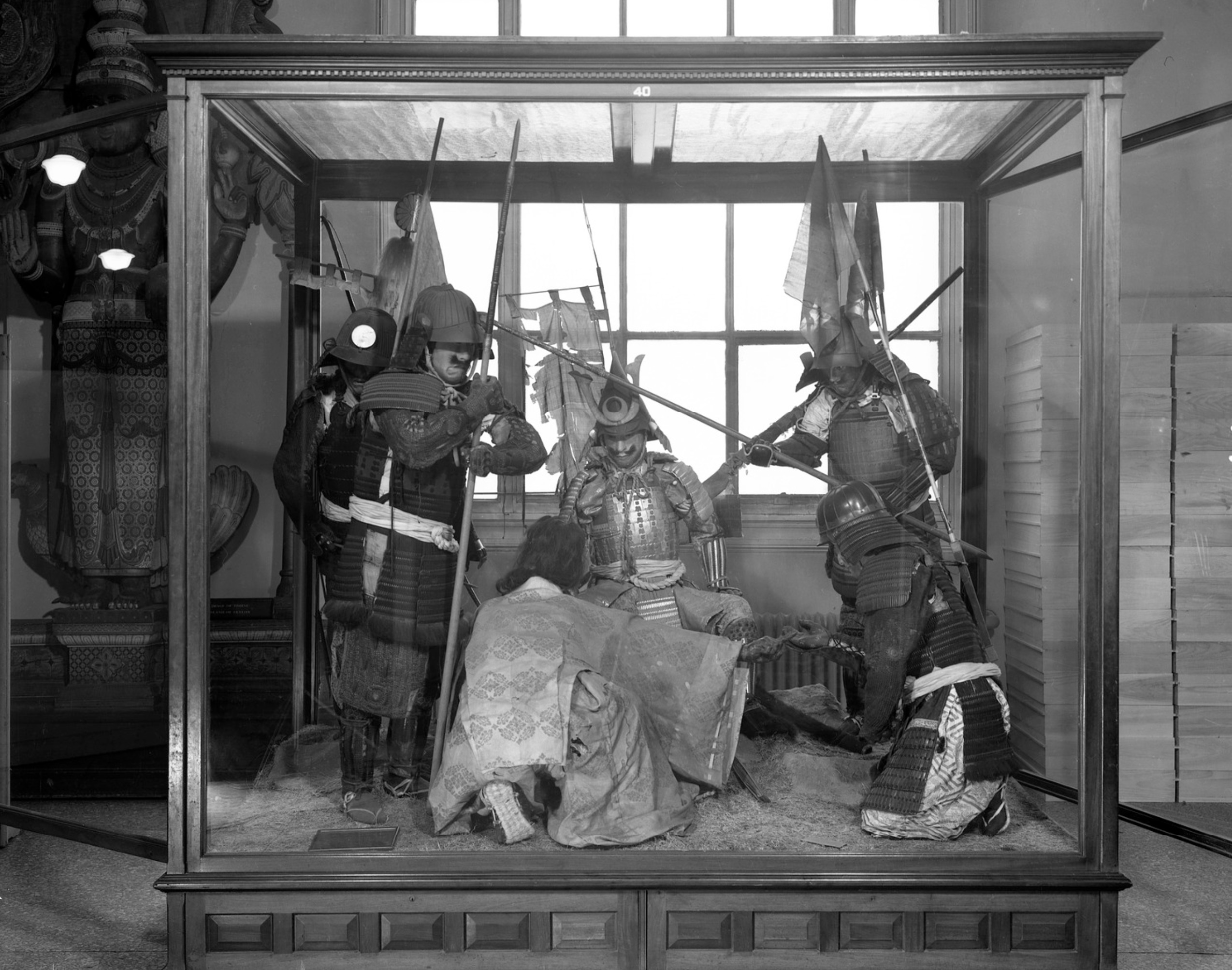 Correspondents experienced “kyudo” (the Japanese martial art of archery) and “zazen,” a meditative discipline practiced by the samurai, at Aizu Hanko Nisshin-kan, a school for children of samurai said to have been one of the best of over 300 Edo-era (1603-1867) clan schools in Japan.

At Fukunishi Honten, a former merchant home, correspondents saw how private and government investment is helping to preserve local history in Aizuwakamatsu after restoration of the facility provided a space to care for and exhibit local treasures.

“We are doing this to preserve and showcase our identity as the people of Aizu,” said Takashi Yoshida, Fukunishi Honten curator.

Correspondents were also taken to the scenic old post town of Ouchijuku and to Iimoriyama, the latter being the site of the tragic deaths of a group of teenage Byakkotai samurai.

The tour introduced Aizuwakamatsu’s unique local arts and crafts championed by the samurai as important sources of income for the city. Correspondents visited Yamagataya, a store and workshop specializing in candle painting, a craft practiced in Aizuwakamatsu for around 500 years, and watched a performance by “geigi,” traditional Japanese female entertainers and hostesses.

“Aizu has so much to offer and is very much worth a visit from Japanese and foreign visitors,” remarked one of the correspondents who hailed from Europe.

Despite hardships following the Great East Japan Earthquake in 2011, Fukushima Prefecture has emerged as the most important sake-brewing region of Japan, having claimed the most gold medals in the prestigious Sake Competition for seven consecutive years up to 2019. Correspondents visited the award-winning brewery Suehiro Shuzo Kaei-gura, a sake brand served at the 2019 G20 Osaka summit.

The Mediterranean is Calling! Princess Cruises Announces Spring & Summer 2024 European Season for Next-Generation Ship Sun Princess
See the Statue of David in Florence, Italy
ResortPass Raises $26 Million Series B for Hotel Amenity Access
First-of-its-Kind New Rides to Open in Every SeaWorld Park in 2023 Including the World’s First Surf Coaster, the Longest and Fastest Straddle Coaster, and the World’s First Launched Flume Coaster
Get a Unique Travel Experience with FindGuide
Azulejos: the Portuguese ceramic tilework
Meet the Hotel Industry’s Most Influential People at INSPIRE22
World Travel Market London 2022, November 7 – 9, 2022, Exhibition Centre London
SET-JETTERS, THREE-STAR SUPERSTARS AND FOODIE-MENITIES: EXPEDIA, HOTELS.COM AND VRBO REVEAL 2023 TRAVEL TRENDS
As Airline Issues Continue, How Does Travel Insurance Help?
Best Museums in London
Birdwatching, hiking and hearty campfire cuisine with ex-FARC guerrillas in Colombia
View of Angers and the Maine river
Exploring Provence’s Luberon Valley
Dubrovnik’s spectacular old town
Restaurant MOTA in Nykøbing Sjælland
The British Museum has the world’s largest collection of Benin bronzes
Labyrinth pavement at Chartres Cathedral, France
The fifth bull run at Pamplona’s San Fermín Festival
Auray, Brittany, France
We use cookies on our website to give you the most relevant experience by remembering your preferences and repeat visits. By clicking “Accept”, you consent to the use of ALL the cookies.
Do not sell my personal information.
Cookie SettingsAccept
Manage consent