Former World War II tugboat, Empire Sandy, is announced to arrive at the Tall Ships 2019 festival in Erie, Pennsylvania. The Empire Sandy weighs 740 tons and currently operates as a charting vessel for special events. This 203-foot-long ship can hold up to 275 passengers, in addition to a 25 member crew, seating up to 160 guests below decks. While not originally built as a tall ship, it is the last of the large Empire fleet to still exist. 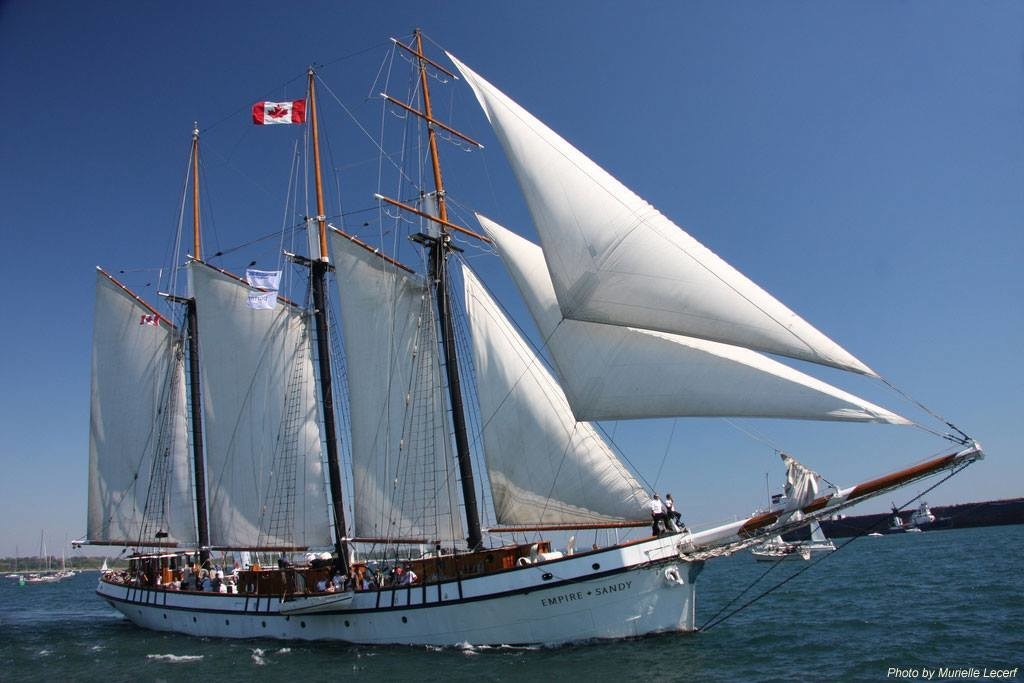 Built in 1943, this ship is not the only one to bear the first name Empire. A fleet of 1,464 others also carried the title after being built by the British Government for service in World War II. Empire Sandy was originally a tugboat that recovered damaged merchant ships after a battle, as well as other Royal Navy duties. Having sailed in the North Atlantic, Mediterranean and Indian Oceans, the ship’s journey continued after the war. The Empire Sandy was sold as a towing vessel in both the United Kingdom and Canada which caused its name to change to Ashford and then Chris M.

In the 1970s, as steam-powered vessels were replaced with diesel power, the ship was to be sold off as scrap and broken apart. Before break-up could occur, the ship was sold again and in five years was rebuilt as a three-masted schooner and renamed Empire Sandy.

The Empire Sandy, sponsored by Lincoln Metal, will be docked at the Bayfront Convention Center after the Parade of Sail on Thursday, Aug. 22. Tall Ships Erie 2019, presented by Highmark, will take place Aug. 22-25, 2019. The festival will showcase 12 tall ships, deck tours, day sails, live music and entertainment, children’s activities, a festival marketplace, food vendors, a beer garden and much more. To purchase tickets or for more information go to tallshipserie.org.

Tall Ships America organizes the TALL SHIPS CHALLENGE® annual series of tall ship races and maritime port festivals to celebrate our rich maritime heritage and traditions and to inform the general public about the transformative power of adventure and education under sail®. In 2019, the tall ship races are officially sponsored by Erie Insurance. Based in Erie, Pennsylvania, Erie Insurance is a Fortune 500 company offering auto, home, business and life insurance through a network of more than 12,000 local independent Erie agents.

New Report from Vacasa Uncovers Holiday and Winter Travel Trends
MSC Lirica, the cruise ship owned and operated by MSC Cruises, arrives to Haifa Port
The Mediterranean is Calling! Princess Cruises Announces Spring & Summer 2024 European Season for Next-Generation Ship Sun Princess
Leidos Deploys New Terminal Flight Management Capability at Cleveland Hopkins International Airport
SEABOURN CELEBRATES SEABOURN VENTURE’S MAIDEN VOYAGE TO ANTARCTICA AND NAMING OF ITS FIRST PURPOSE-BUILT EXPEDITION SHIP
Holidays Have Officially Begun at Walt Disney World Resort
Adventures by Disney to Debut Its First-Ever Adriatic Sea Expedition Cruise in 2024
Thanksgiving travel trends revealed by online travel agent, eDreams
London losing out tax-free shopping to Paris and Milan
How to travel light, with less luggage
At the start of the year Rzeszow was the 15th-biggest city in Poland
Almourol Castle, River Tagus, Portugal
The Dyrt Announces the 2022 Best Places To Camp: Top 10 in the U.S.
Five Top Tips for Safe Travel This Summer From International SOS
Alternative guide to Mallorca
A local’s guide to Antwerp, Belgium
Musée des Beaux-Arts de Bordeaux
Venice is the world’s first city to charge an entry fee
What kind of ship would you choose to travel?
How to avoid looking like a tourist in France?
We use cookies on our website to give you the most relevant experience by remembering your preferences and repeat visits. By clicking “Accept”, you consent to the use of ALL the cookies.
Do not sell my personal information.
Cookie SettingsAccept
Manage consent