People travel through many places in their lives, but there is always one spot where every moment becomes fantastic. Here was once a river port town first founded over 2,000 years ago on the edge of a city moat. It was the “best village of the world”: Taierzhuang. Here was the site of a very famous and tragic battle, the victorious Battle of Taierzhuang.

The Taierzhuang Ancient City of today is a national 5A-level tourist attraction. All of the original historical sites, including the Anti-Japanese War Battle Site, the ancient city wall, the ancient wharf, the ancient residential area, the ancient streets, the ancient shops, the ancient temples, and the ancient halls have all been restored through advanced technical means. Here, one can find a variety of performing arts performances such as Canal Drumming, Shadow Play, and Liuqin Opera, one after another. 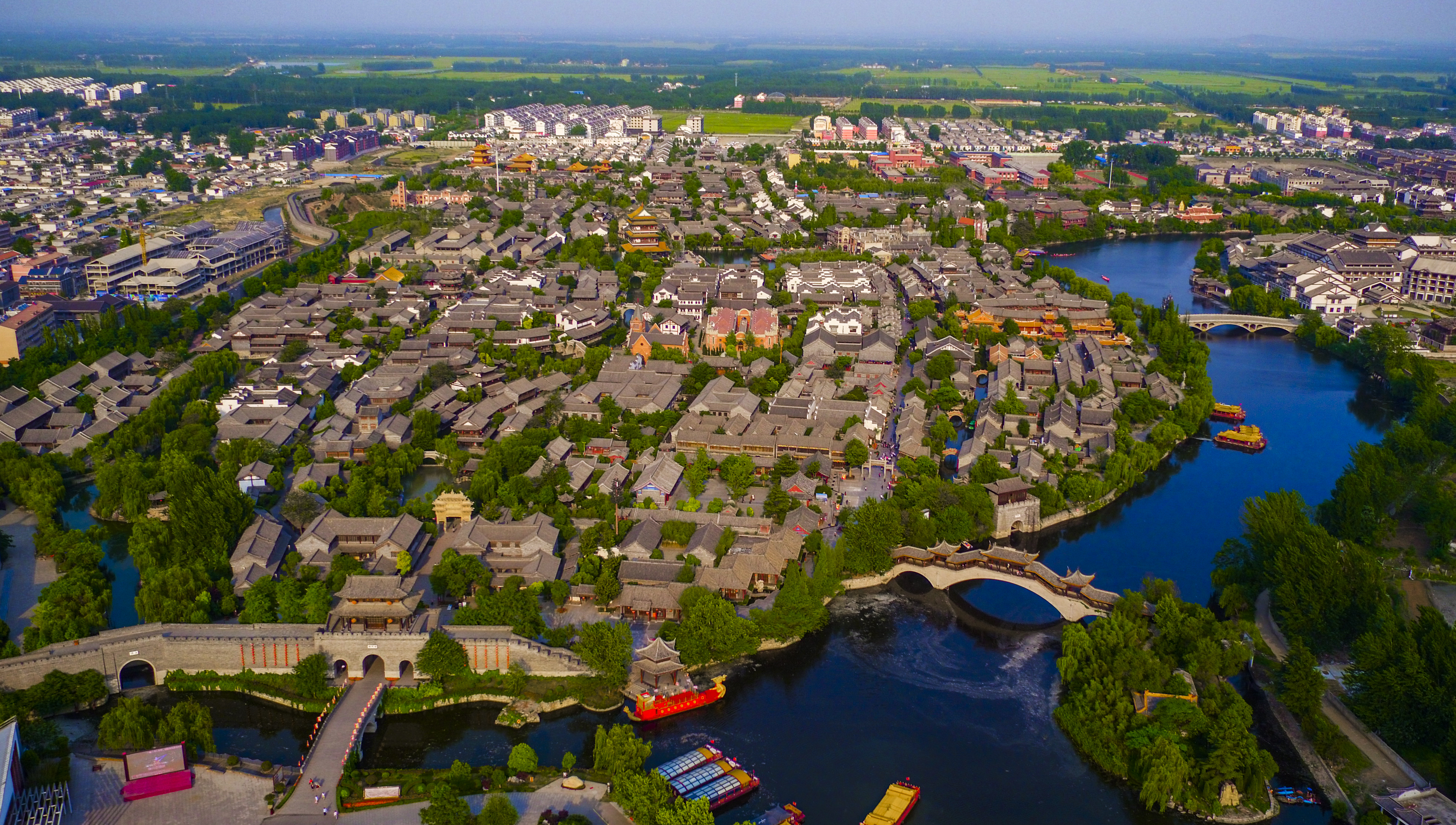 The reconstructed Taierzhuang Ancient City is the second ancient city to have been reestablished in the world, after the Old City of Warsaw, and is the site of the only cross-strait exchange base in China. The Ancient City boasts 18 urban ponds and 15 kilometers of canal-lined streets. Eight architectural styles are integrated within a single town. The city is home to 72 temples. Taierzhuang is a historical and cultural city with a blend of northern and southern Chinese cultures, and a combination of Chinese and Western aesthetics.

Here, one can step onto a swaying boat to travel across the city. Part of the culture of this ancient town is the constant presence of gently oaring boats, and the girls who pilot these boats are part of the city’s view. Together with the city’s blue waves, the echoes of the waves, and the peaceful city, they form a harmonious landscape.

The ancient city walls, deep alleys, murmuring water, shadow of the towers and stone bridges; this is the perfect place to take a stroll along worn bluestone streets, to listen to the rain and to enjoy the scenery. This is the perfect way to discover the charm of this city, to fall in love with its past and present: Shandong, China, Taierzhuang Ancient City.

How to overcome a fear of flying
First-of-its-Kind New Rides to Open in Every SeaWorld Park in 2023 Including the World’s First Surf Coaster, the Longest and Fastest Straddle Coaster, and the World’s First Launched Flume Coaster
Why Europeans have longer vacations than Americans
Why do young people prefer to travel abroad?
Winter beach destinations are once again becoming a popular choice for travelers
Diamond Princess Sets Sail With a Season of Mexico and Hawaii Sailings From San Diego
Azulejos: the Portuguese ceramic tilework
Why Take A Guided Jeep Tour
NORWEGIAN CRUISE LINE TO ELIMINATE COVID-19 TESTING, MASKING AND VACCINATION REQUIREMENTS BEGINNING OCT. 4, 2022
Greyhound Providing Free Bus Tickets Home for Runaways this Holiday Season
The best places to eat outdoors in London
Tomb of Baha ul Halim (14th Century), Tomb of Bibi Jiwindi (14th Century), Tomb of Nauria (15th Century) at Uch Sharif, Pakistan
Birdwatching, hiking and hearty campfire cuisine with ex-FARC guerrillas in Colombia
Alternative guide to Mallorca
At the start of the year Rzeszow was the 15th-biggest city in Poland
How to travel the world, but stay in one place: exotic and serene destinations
Almourol Castle, River Tagus, Portugal
A local’s guide to Madrid
What makes French pastries so good?
The Notre-Dame cathedral in Paris is on track to reopen in 2024
We use cookies on our website to give you the most relevant experience by remembering your preferences and repeat visits. By clicking “Accept”, you consent to the use of ALL the cookies.
Do not sell my personal information.
Cookie SettingsAccept
Manage consent