Diriyah Gate, a sweeping 19th century adobe city that is the birthplace of the Saudi nation, will be soon unveiled to world leaders and notable guests as a major educational, cultural, recreational, and hospitality hub on the banks of the Hanifa valley in Diriyah, in the heart of the modern capital city of Riyadh. 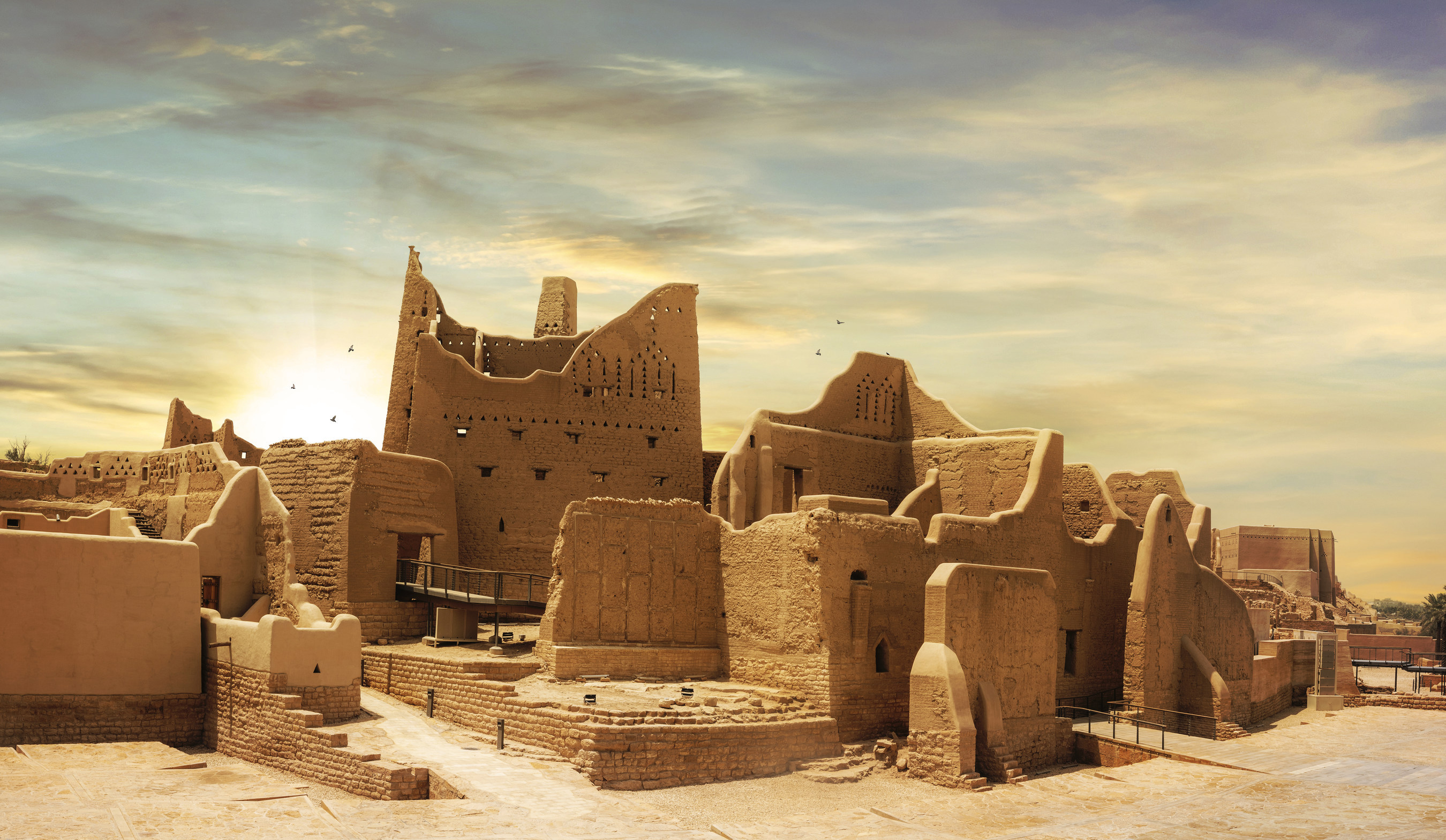 Established in July 2017, Diriyah Gate Development Authority (DGDA) is tasked with preserving Diriyah’s history, celebrating its community and developing the historic site into one of the world’s greatest gathering places and a hub for Saudi culture and heritage, and tourism. To that end, Diriyah Gate Development Authority signed landmark deals with Aman, a luxury resort developer, and the Greg Norman Golf Course Design (GNGCD) Company at the Open Hearts, Open Doors event on September 27 that introduced the splendors of Diriyah to the world.

The boutique Aman hotel will be built in Bujairi, the lifestyle and culture hub of the Diriyah Gate megaproject. Aman resorts are among the world’s most exclusive and renowned for their luxury, personalized service; with no lobbies, bellboys, or reception desks, Aman has upended the typical model of the hospitality industry. Its Diriyah Gate property will have spectacular views over the At-Turaif UNESCO World Heritage Site. Meanwhile, the 27-hole Wadi Safar Golf Course will be designed by the GNGCD, one of the world’s leading golf course developers, in an exclusive residential district being developed by DGDA in a verdant valley west of Riyadh.

The Diriyah announcement comes as the Kingdom releases details of its new eVisa system, which also came into effect September 27. A key step in realizing Saudi Arabia’s ambitious tourism strategy, the eVisa, currently available to citizens of 49 countries, will open the Kingdom’s wonders to tourists, and especially those visiting for non-religious reasons, for the very first time.

“The Diriyah Gate development will serve as a gathering place and pillar of Saudi Arabia’s new era of openness. We are incredibly excited about our partnerships with Greg Norman and the resort developer Aman, unveiled just this week, as they offer a taste of the type of unprecedented collaborations we are seeking in our mission to make Diriyah a global icon and the Arabian peninsula’s must-visit destination,” said Gerard ‘Jerry’ Inzerillo, CEO of Diriyah Gate Development Authority (DGDA).

While Saudi Arabia is the Middle East’s second biggest market for tourism, until recently this has been almost exclusively religious tourism. Under the Kingdom’s ambitious Vision 2030 strategic plan, tourism has been identified as a major growth sector, with Saudi Arabia making huge strides in opening up in recent years with the introduction of tourism visas and a wide range of cultural festivals, concerts and sporting events.

As Airline Issues Continue, How Does Travel Insurance Help?
The rise of street-haunting tourism
Austin’s oldest green space, Pease Park, gets a climate-conscious makeover
Is chasing airline status worth it anymore?
Winter adventures in the UK
World Travel Market London 2022, November 7 – 9, 2022, Exhibition Centre London
Costa Diadema, the largest cruise ship under Italian flag, arrives to Haifa
ROYAL CARIBBEAN GROUP CELEBRATES 30 YEARS OF SAVE THE WAVES, THE COMPANY’S COMMITMENT TO SUSTAINABILITY
How a wine trip to France helped me find my wine travel mojo
MSC Lirica, the cruise ship owned and operated by MSC Cruises, arrives to Haifa Port
Marriott Bonvoy Encourages Travelers to Switch into Vacation Mode with New Summer Openings Worth Logging Off For
Harbour House, Bristol
Exploring Provence’s Luberon Valley
The British Museum has the world’s largest collection of Benin bronzes
What kind of ship would you choose to travel?
At the start of the year Rzeszow was the 15th-biggest city in Poland
Birdwatching, hiking and hearty campfire cuisine with ex-FARC guerrillas in Colombia
Saint-Malo, Brittany, has the highest tides in Europe
Alternative guide to Mallorca
What makes French pastries so good?
We use cookies on our website to give you the most relevant experience by remembering your preferences and repeat visits. By clicking “Accept”, you consent to the use of ALL the cookies.
Do not sell my personal information.
Cookie SettingsAccept
Manage consent