Veteran ocean explorer and Tiburon Subsea CEO Tim Taylor along with his “Lost 52 Project” team have discovered the WWII Submarine USS Grayback (SS-208) in Japanese waters. The US Navy officially verified the discovery of Grayback which was made on June 5th, 2019 at a depth of 435 meters (1427 feet). This is the first US submarine discovered in Japanese waters and is the final resting place of 80 Sailors. 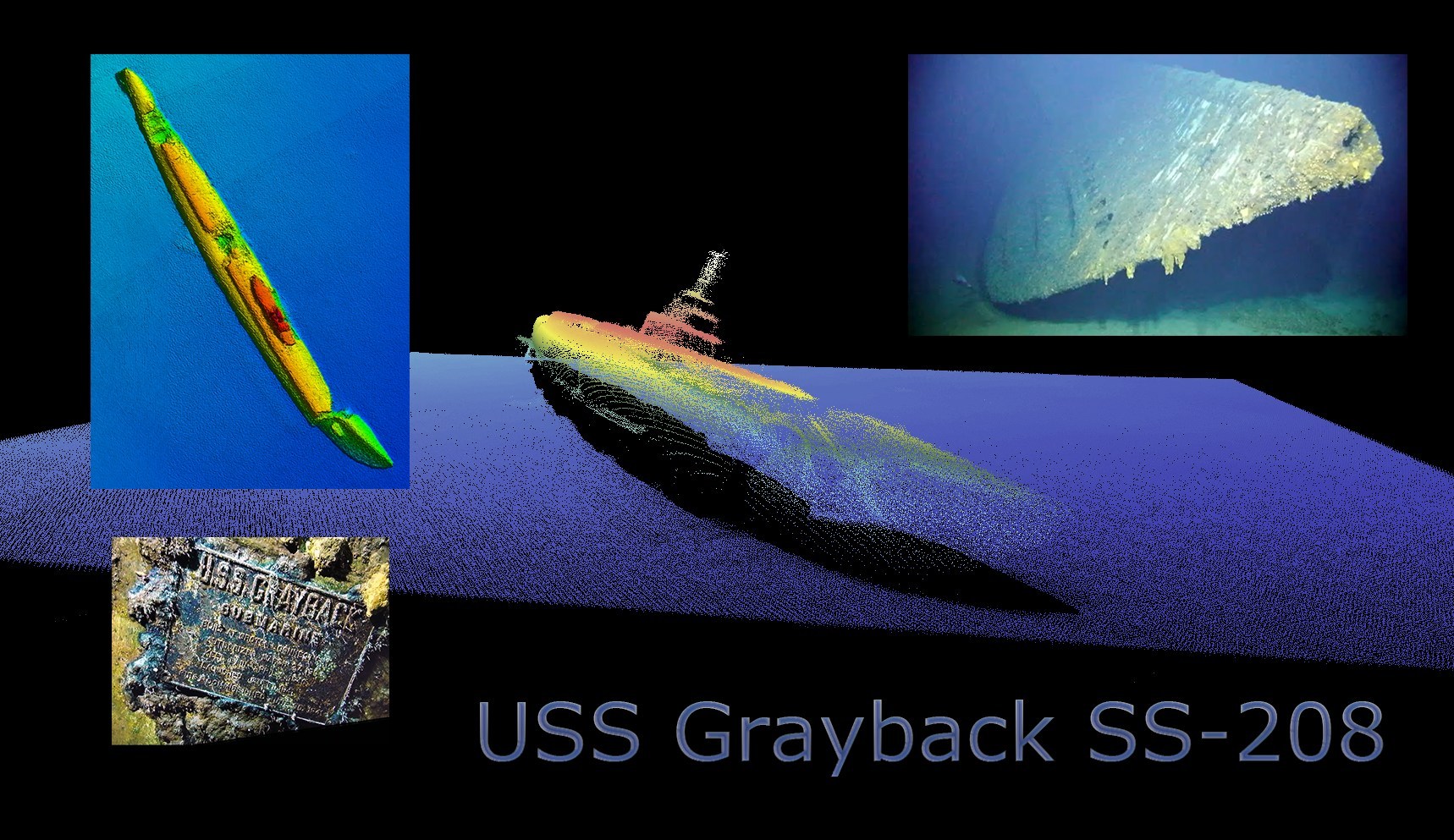 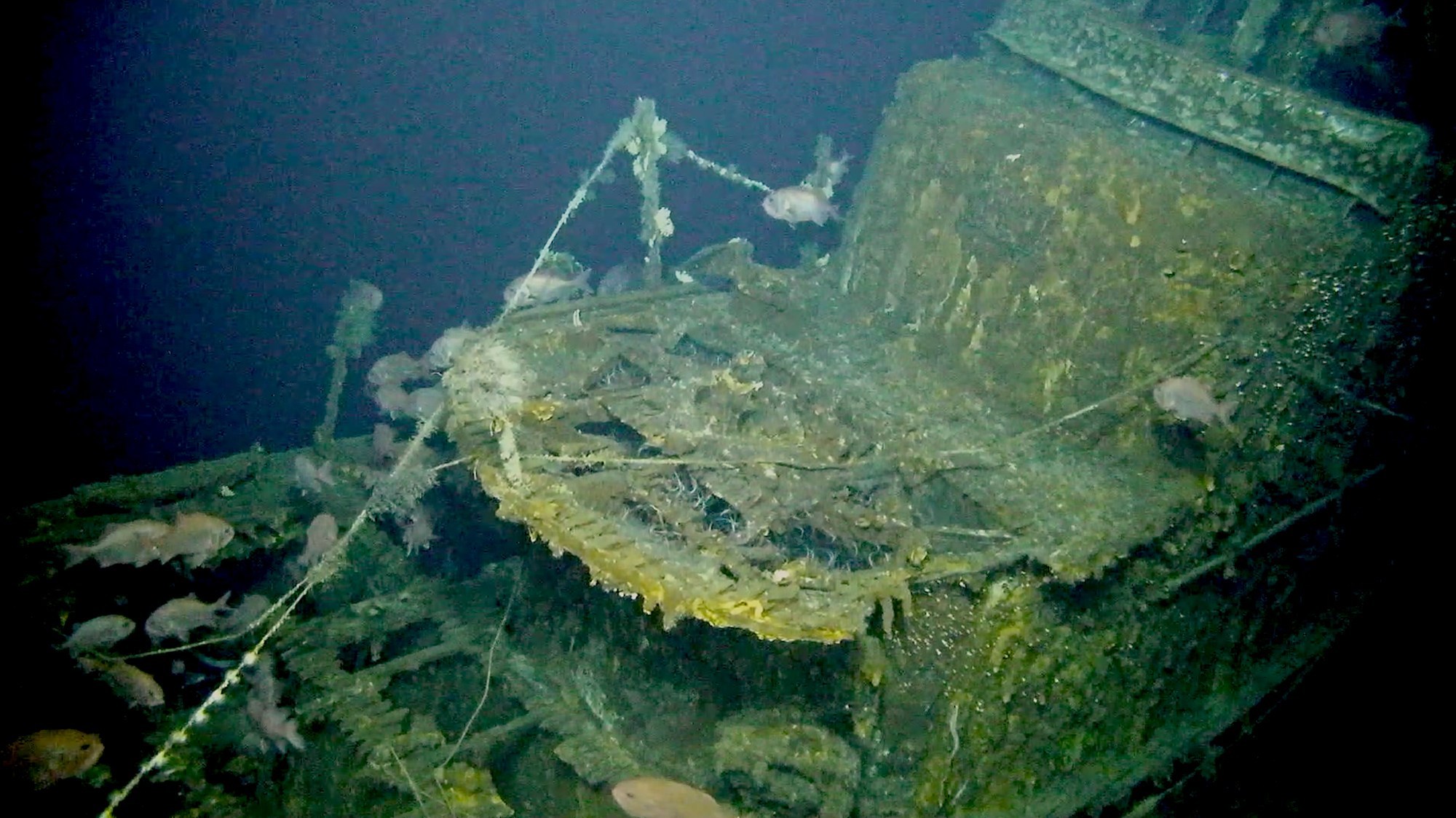 This is the 5th US WWII submarine discovery for Mr. Taylor and his Lost 52 Project Team. Utilizing pioneering robotics and methods at the forefront of today’s underwater technology they apply a combination of autonomous underwater vehicles (AUV’s), remotely operated vehicles (ROV’s) and advanced photogrammetry imaging technology resulting in the most comprehensive historical archeological records to date.

USS Grayback, one of the most successful submarines of the war, was a Tambor-class submarine launched on January 31, 1941 and was under the command of Lieutenant Commander John Anderson Moore. She made 10 war patrols total and is credited with sinking 14 ships, totaling 63,835 tons, including an Imperial Japanese Navy submarine. Grayback was a major part of the submarine offensive from the very start of the war.

Post-war Japanese records indicated that On February 26, 1944, Grayback suffered damage when land-based Japanese naval aircraft attacked her in the East China Sea, but it was assumed she sank the naval transport Ceylon Maru the next day. That same day it was recorded that a Japanese carrier-based plane spotted a submarine on the surface in the East China Sea and attacked. According to Japanese reports the submarine “exploded and sank immediately,” but antisubmarine craft were called into depth-charge the area, clearly marked by a trail of air bubbles, until a heavy oil slick swelled to the surface. Grayback received two Navy Unit Commendations honoring her seventh, eighth, ninth, and tenth war patrols, in addition to eight battle stars for her World War II service.

“The discovery of the USS GRAYBACK provides us another precious opportunity to honor the brave Sailors who sacrificed so much in combat to preserve our freedom. Those selfless and committed submarine Sailors left a legacy of courage that we strive to attain every single day as we prepare the next generation of U.S. Navy Submariners,” said Rear Adm. Blake Converse, Commander, Submarine Force, U.S. Pacific Fleet.

In preparation for the expedition, the team’s Japanese historian and researcher, Yutaka Iwasaki, located and re-translated the original documents to discover 1946 post-war error in the longitude. This original error remained for 75 years until discovered by the Lost 52 Team. The new data, along with newly discovered and translated Japanese mission logs, enabled the team to refocus their search on the area southwest of Okinawa. On June 5th, 2019 the team discovered the USS Grayback 100 miles from an area recorded in WWII historical records.

“It was amazing, the team had resigned to the fact that we’re headed back to port and would not complete the total search area this year. The AUV had returned early with a minor technical issue and we had a few lines of sonar data to review. As the team was viewing the last bit of this data roll across the screen you could feel everyone shuffling and getting ready to shift gears to secure the ship for getting underway. The next thing we see in the last quarter of the last line of data is the USS Grayback roll across the monitor,” said Taylor.

“Each discovery of a sunken craft is an opportunity to remember and honor the service of our Sailors. Knowing their final resting place brings closure, in some part, to their families and shipmates as well as enables our team to better understand the circumstances in which the boat was lost,” says Neyland. “We’re grateful for the respectful, non-intrusive work Tim Taylor’s team performs and the opportunity they provide to remember and honor our history.”

The Grayback expedition is part of the ongoing “Lost 52 Project” supported in part by STEP Ventures and has been recognized by JAMSTEC (Japan Agency for Marine-Earth Science and Technology) as the first and most comprehensive offshore underwater archaeological expedition in Japanese waters.

There is no straight line between curbing travel and curbing infections
CDC is still banning U.S. cruises
Singapore accounts for one-third of global cruise travelers
The cruise industry is set for another rough summer
What to expect from the 2022 summer travel season
Travel Company Backed By World's Largest Cryptocurrency Exchange Launches Blockchain-Powered Airbnb Competitor
Tokyo’s landmark Imperial Hotel to be rebuilt
Indonesia Expects to Welcome International Visitors in July 2021
The maiden voyage of one of the world’s biggest cruise ships may be to a scrapyard
Travelers are having second thoughts about enduring the world’s longest flights

SEABOURN CELEBRATES SEABOURN VENTURE’S MAIDEN VOYAGE TO ANTARCTICA AND NAMING OF ITS FIRST PURPOSE-BUILT EXPEDITION SHIP
Costa Toscana on the Middle East Cruise
Thailand expects to welcome about 7.5 million tourists in the second half of 2022
OCEANIA CRUISES INTRODUCES 2024-2025 TROPICS & EXOTICS VOYAGES
Carnival Corporation Expands Next-Generation Wi-Fi Connectivity with SpaceX’s Starlink
BEST WESTERN® HOTELS & RESORTS CELEBRATES THE SEASON WITH BONUS POINTS FOR LOYALTY PROGRAM MEMBERS
How to overcome a fear of flying
Costa Venezia Cruise Ship Arrives to Haifa Port
New Data Reveals Students and Youth Are Favoring Overseas Adventures Over Domestic
Where and when to see cherry blossoms in Japan
The British Museum has the world’s largest collection of Benin bronzes
Marriott Bonvoy Encourages Travelers to Switch into Vacation Mode with New Summer Openings Worth Logging Off For
Restaurant MOTA in Nykøbing Sjælland
Alternative guide to Mallorca
Miami has boomed over the course of the pandemic
Birdwatching, hiking and hearty campfire cuisine with ex-FARC guerrillas in Colombia
Saint-Émilion, France
The Dyrt Announces the 2022 Best Places To Camp: Top 10 in the U.S.
The fifth bull run at Pamplona’s San Fermín Festival
Best UK activity holidays and summer camps for teenagers
We use cookies on our website to give you the most relevant experience by remembering your preferences and repeat visits. By clicking “Accept”, you consent to the use of ALL the cookies.
Do not sell my personal information.
Cookie SettingsAccept
Manage consent