I had never been a fan of Namal 24, a pretentious restaurant in Haifa’s downtown. The restaurant serves pretty mediocre food at highly inflated prices. Restaurant’s chef deludes himself that abundance of green pea puree dabs all over plates makes them gourmet dishes. Still for all my reservations about Namal 24 I could not resist temptation to try a gourmet dinner offered in framework of French Cuisine Week in Israel. When booking table we were told that French chef Sébastien Sanjou offers eight course gourmet dinner.

What was supposed to be a fine dining turned into literally nauseating experience. Oyster cooked in goose liver broth was truly disgusting. At least three courses were accompanied by heavy egg/cream custards that tasted really sickly with an eggy texture and bits of scrambled eggs.

Red bream course was the only edible part (by edible I do not mean tasty) of entire dinner, though skin was not crispy and fillet included belly part that should be discarded. 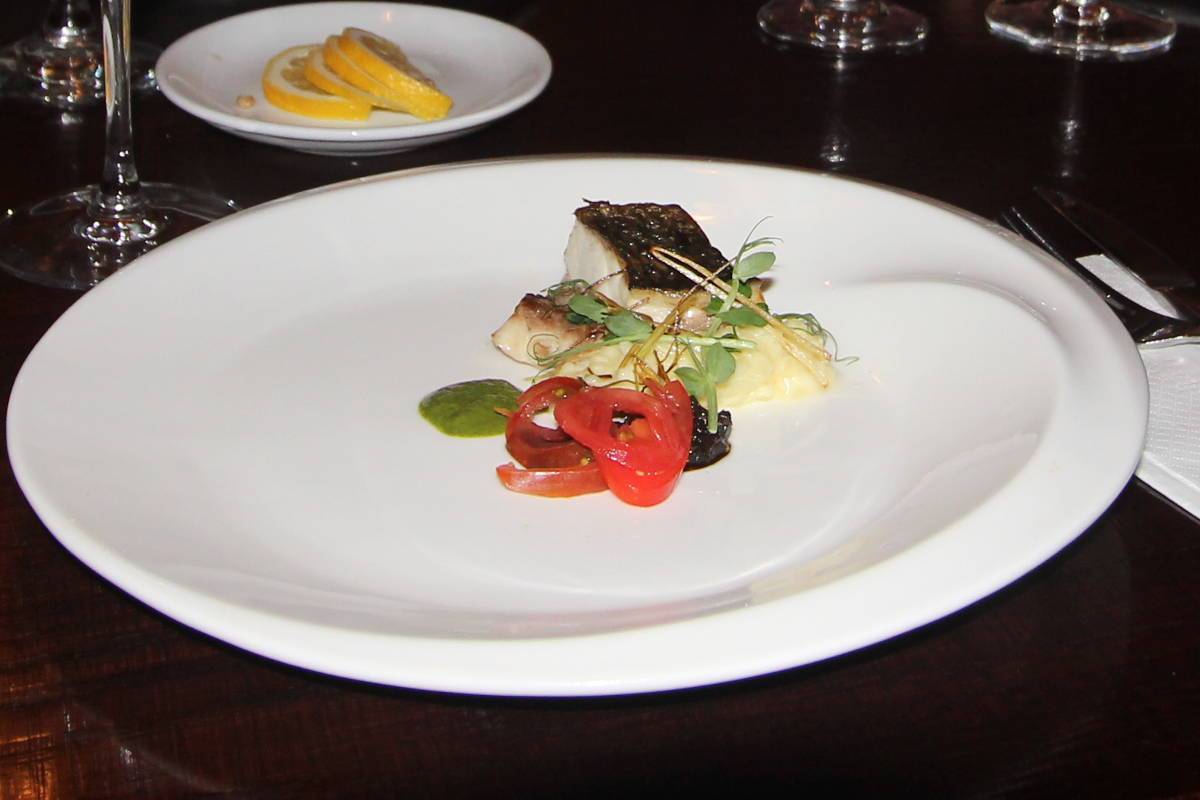 Meat part was represented by rare goose breast and lamb steak (actually piece of old greasy mutton), equally rubbery, poorly seared, accompanied by tasteless smears of sauce/puree and undercooked piece of fennel. Only out of curiosity we stayed for last two dessert courses. I’d be better off buying a chocolate snack in any convenience store. Profitroles looked like illustrations to chapter in culinary book “What can go wrong with choux pastry”. Chocolate tuiles were filled with some sickly sour cream and had level of sophistication familiar from recipes “so easy a seven year old could do them”.

I wonder how Sébastien Sanjou could allow this “gourmet food” to be served. I tried to ask himself when he came to our table but Israeli chef accompanying Sebastian firmly told us that Sebastian does not speak English and quickly took him away. Well, Sebastien, I know at least one word in French that says it all – merde.

The Guggenheim Bilbao is a testament to the power of architecture, art, and culture to transform a city
Inmarsat: Air Passengers’ Confidence Eight Times Higher Than a Year Ago, 83% Worldwide Now Happy to Fly
Leidos Deploys New Terminal Flight Management Capability at Cleveland Hopkins International Airport
See the Statue of David in Florence, Italy
Celebrity Apex embarks in Haifa on Mediterranean cruise
Costa Diadema, the largest cruise ship under Italian flag, arrives to Haifa
How to choose a rental car company for travel
How online travel platforms help to distribute tourism away from oversaturated hotspots
Travel app Hopper raises $96M
NOW OPEN: Four Seasons Resort Tamarindo, México Welcomes Guests to a Verdant Refuge on the Pacific Coast
Piles of lost bags in London, Paris and Toronto
Best view of Melbourne? Ferguson Pier in Williamstown
The fifth bull run at Pamplona’s San Fermín Festival
The Loire is loved for its wines
Auray, Brittany, France
View of Angers and the Maine river
Unique collection of classical statues is on display in Milan
The cost of renting a London home on Airbnb has jumped on tourist demand
The Notre-Dame cathedral in Paris is on track to reopen in 2024
Photo of the Day: Angers, France
We use cookies on our website to give you the most relevant experience by remembering your preferences and repeat visits. By clicking “Accept”, you consent to the use of ALL the cookies.
Do not sell my personal information.
Cookie SettingsAccept
Manage consent