One of the best tourist destinations in China, Xi’an is home to numerous historical and cultural sites, including Terracotta Warriors. According to data released by Xi’an Cultural and Tourism Bureau, Xi’an received 294 million visitors from home and abroad from January to November of 2019. On December 12, Xi’an held a conference on the integration and promotion of cultural tourism, and proposed the goal of making Xi’an a world-class tourist destination by the end of 2022. Xi’an has in recent years vigorously promoted the deep integration of cultural tourism. Numerous historically and culturally rich and innovative tourism projects have given the ancient city of Xi’an greater vitality.

Recently, Feng Jiachen, a tumbler girl dressed in a Tang Dynasty costume, became an online celebrity for her elegant dancing performance in Xi’an. On Douyin, one of China’s most popular short-video social media platforms, videos of the tumbler girl’s performance have recorded over 1.62 billion views. Her performance every night attracts a huge audience, including many visitors from outside of Xi’an who come to watch her performance. 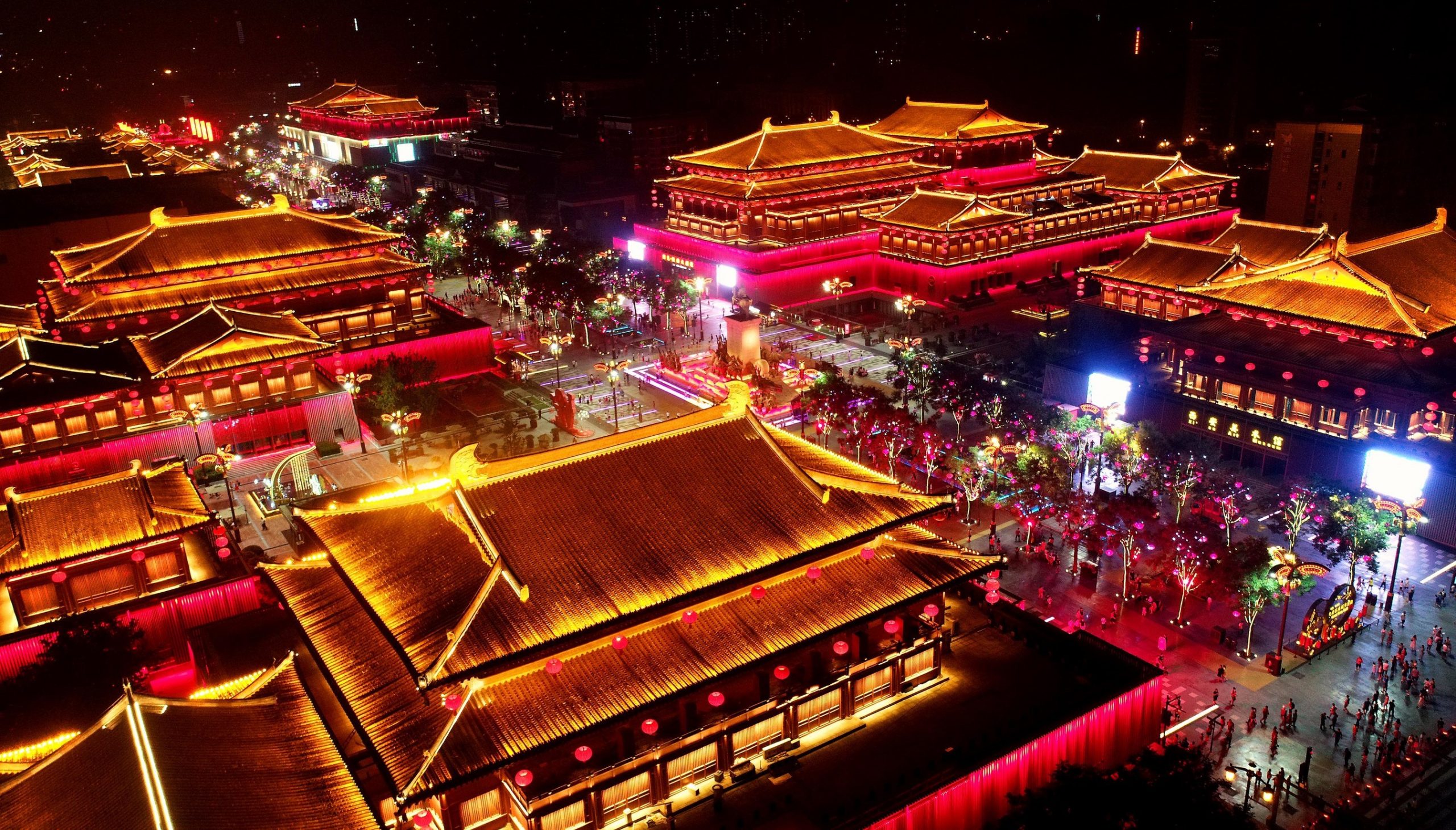 The street where she performs every day is located at the foot of the world-famous Dayan Pagoda. When night falls, the evening lights are resplendently beautiful, lighting up the night sky of the ancient city. As a name card of Xi’an, the street, known as the Grand Tang Mall, is home to some of the most popular elements such as online celebrity bands, performance art, delicious food from all over the world and shopping malls, as well as traditional Chinese history and culture. As a representative of “Culture + Tourism + Commerce” and a trend indicator of “night economy”, the Grand Tang Mall has been among the first batch of national pilot pedestrian streets.

In recent years, Xi’an has taken frequent measures to revive inbound tourism market. Xi’an became the first 144-hour transit visa-free city in Northwest China starting from 1 December 2019. At the end of 2019, Xi’an Xianyang International Airport had a total of 88 routes connecting with international destinations and Hong Kong, Macao, and Taiwan at, with access to 36 countries and 74 major hubs and cities worldwide, covering 43 cities in 20 countries along the “Belt and Road”.

In March 2019, Xi’an was elected as the “East Asian Cultural Capital 2019”. In October, Xi’an was ranked 6th among the world’s top 20 trending travel destinations for 2020 by Airbnb, and was also the only Chinese city in the list. Nowadays, when visiting Xi’an, in addition to traditional scenic spots like the Terra-Cotta Warriors and the Bell Tower and Drum Tower, more and more tourists from home and abroad are attracted by many new spots such as the resplendent Grand Tang Mall, the ever-changing Xixian New Area, the Chanba Ecological District, and the Xi’an International Trade & Logistics Park.