A gem of Vitoria Gasteiz, the Museum of Fine Arts of Álava, was founded in 1942 as the Casa de Alava. The museum is housed in a grand residence commissioned by husband and wife Ricardo Augustin and Elvira Zulueta, and designed by the architects Javier Luque and Julian Apraiz in 1912. In 1941, the house was sold by its proprietor to the Provincial Council of Alava.

It has undergone a number of transformations since its opening but is now established as a museum dedicated to Spanish art between the 18th and 20th centuries, while also specialising in Basque art from 1850 to 1950. In addition, an agreement was signed with the Fundacion Amarica during the 1960s to form a permanent exhibition of works left by the artist Fernando de Amarica, who came from Alava. The collection comprises approximately 250 pieces. 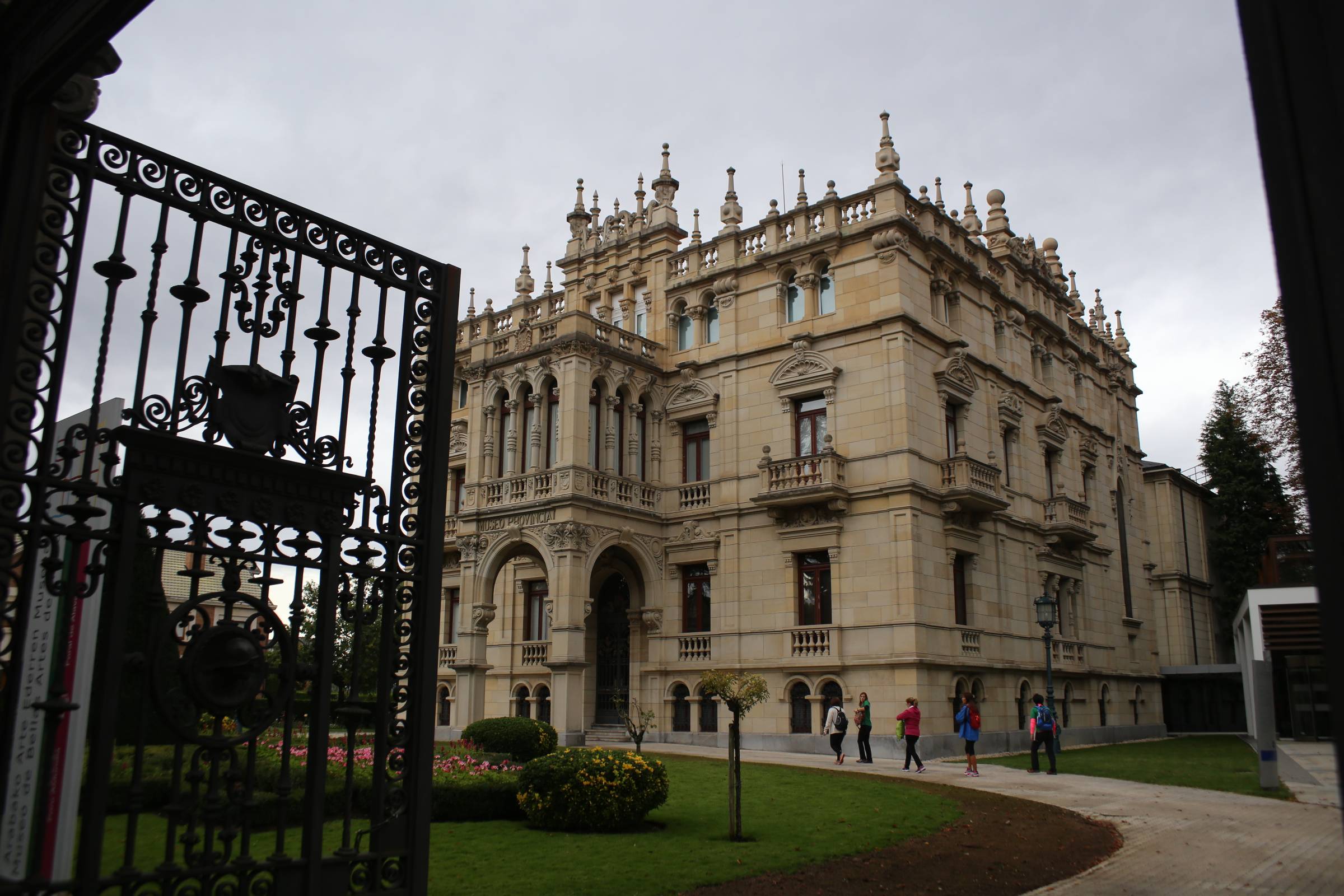 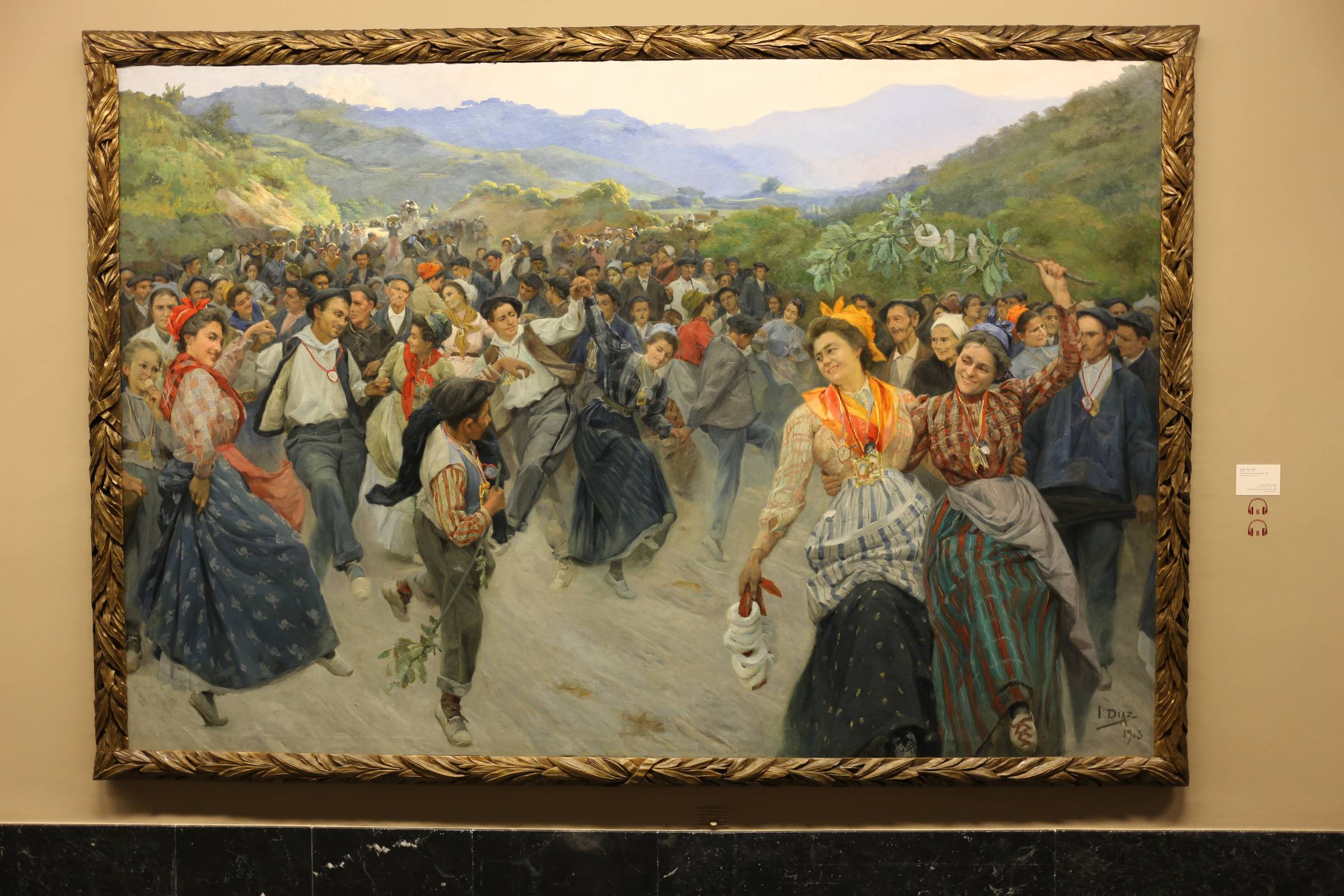 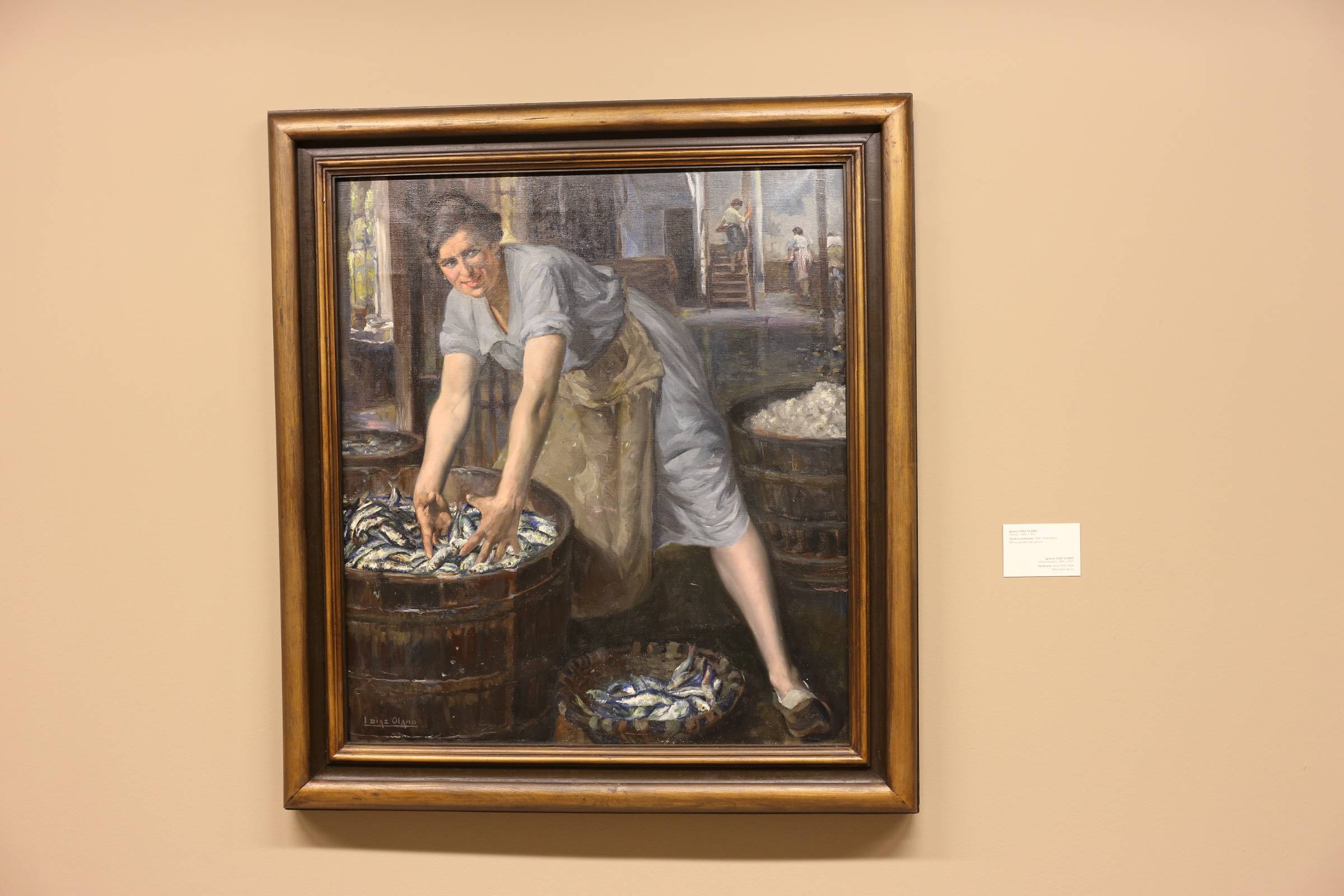 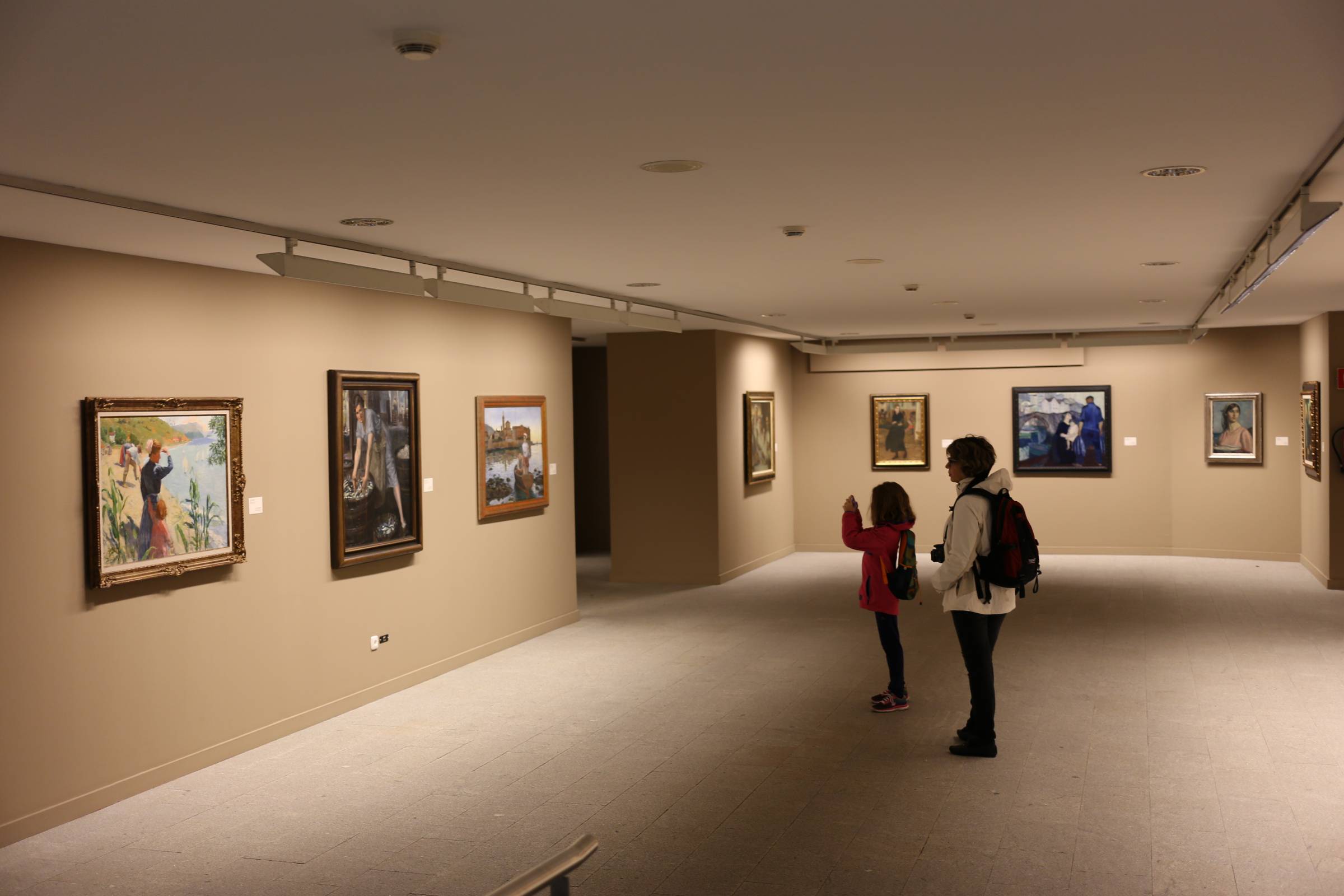 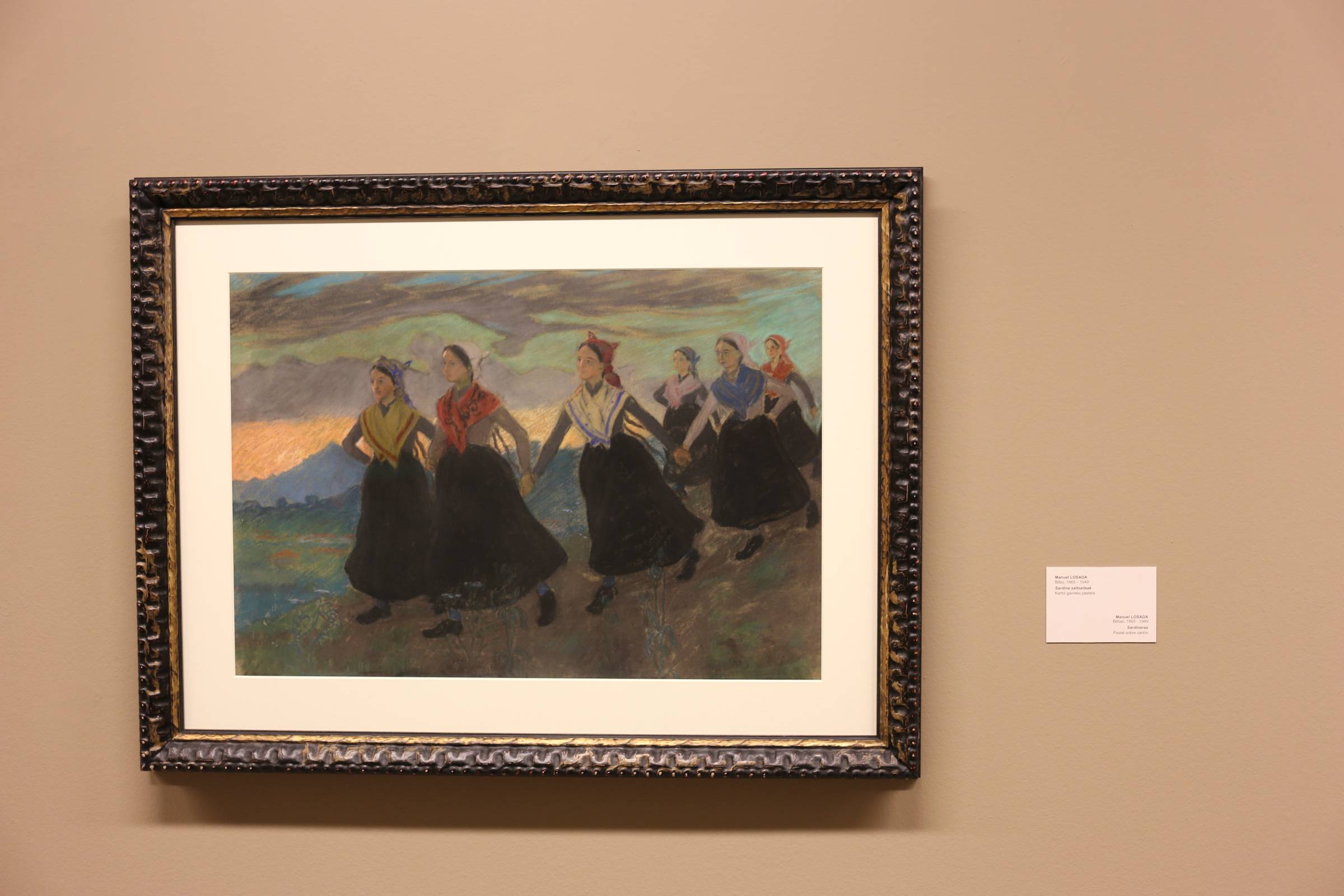 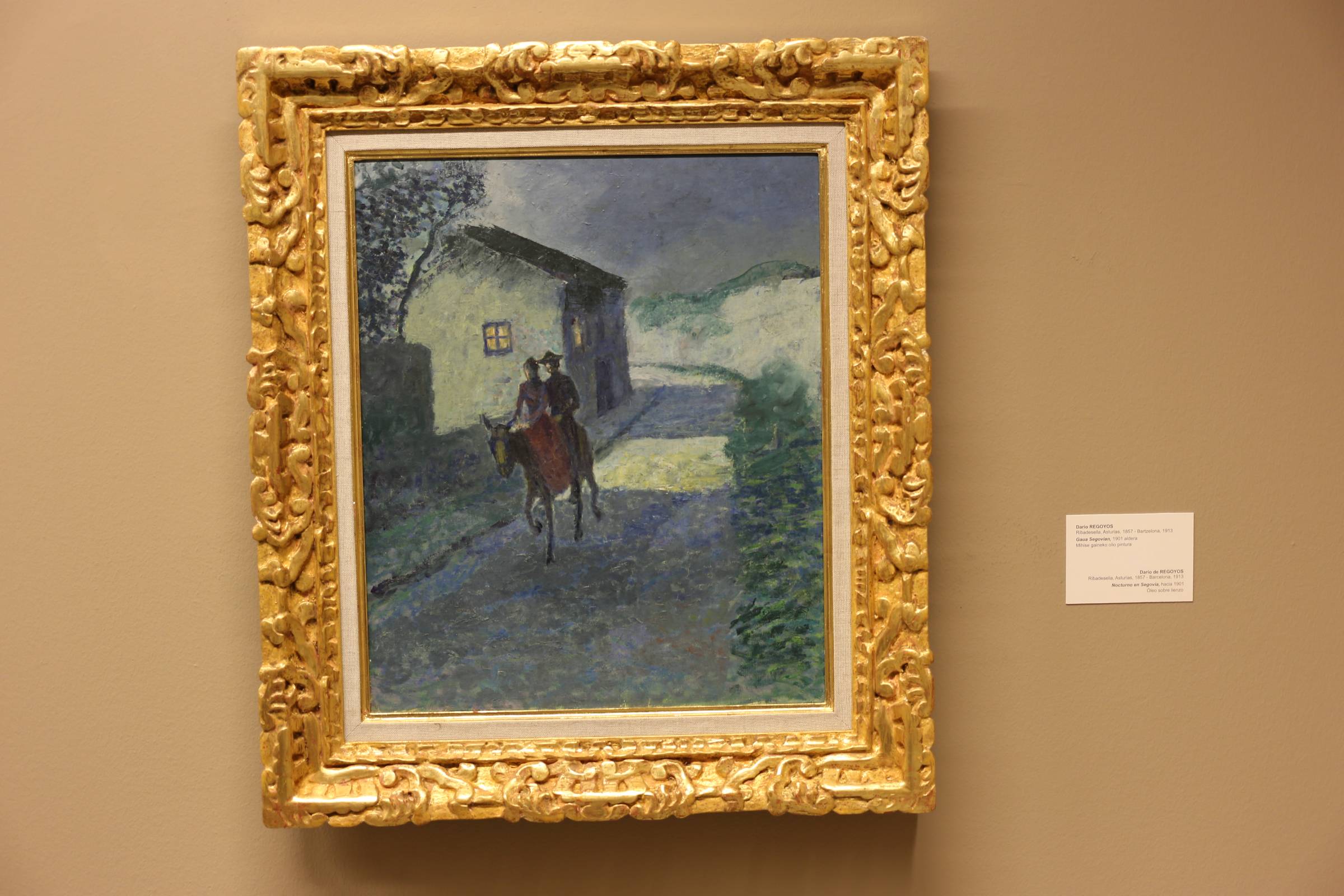 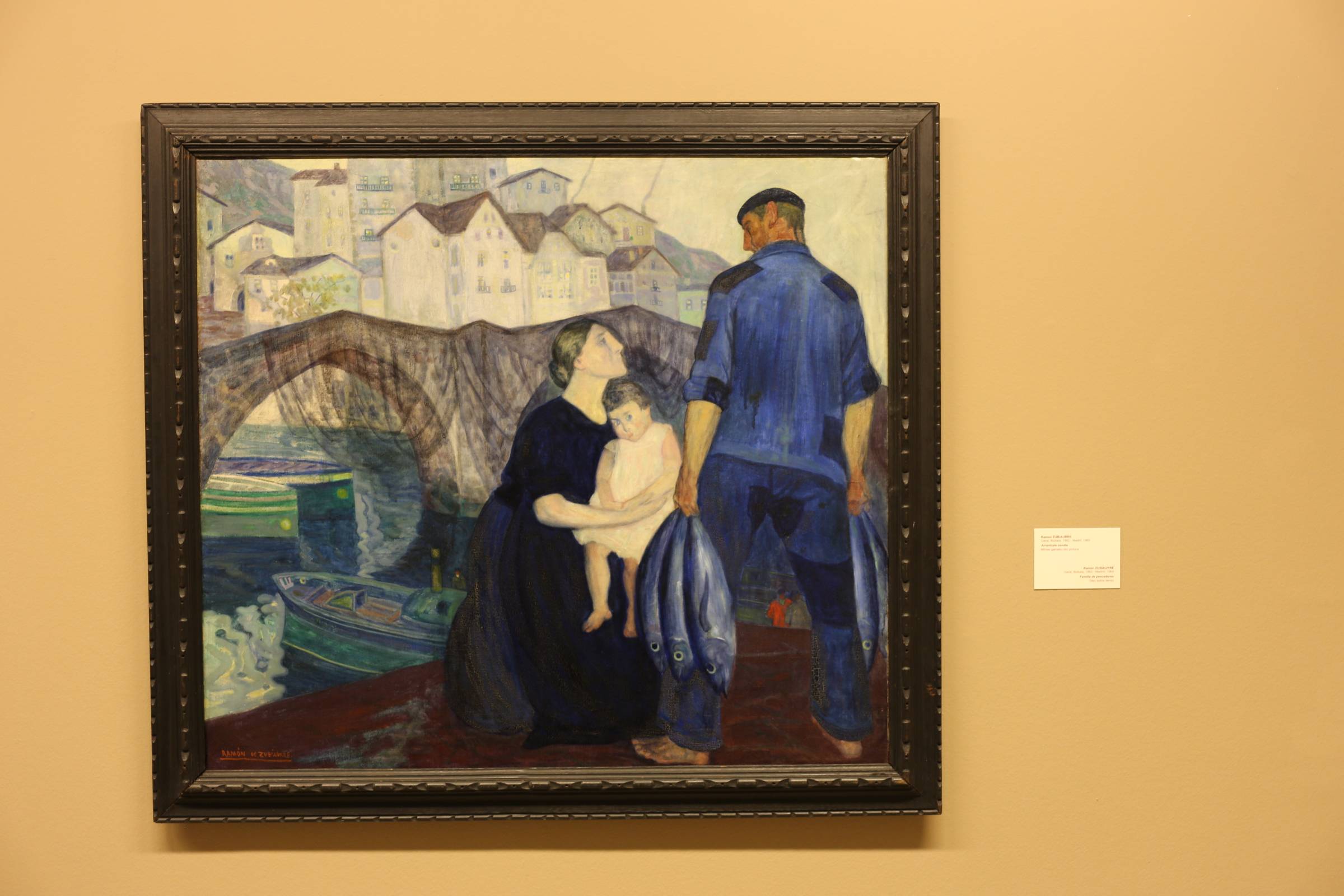 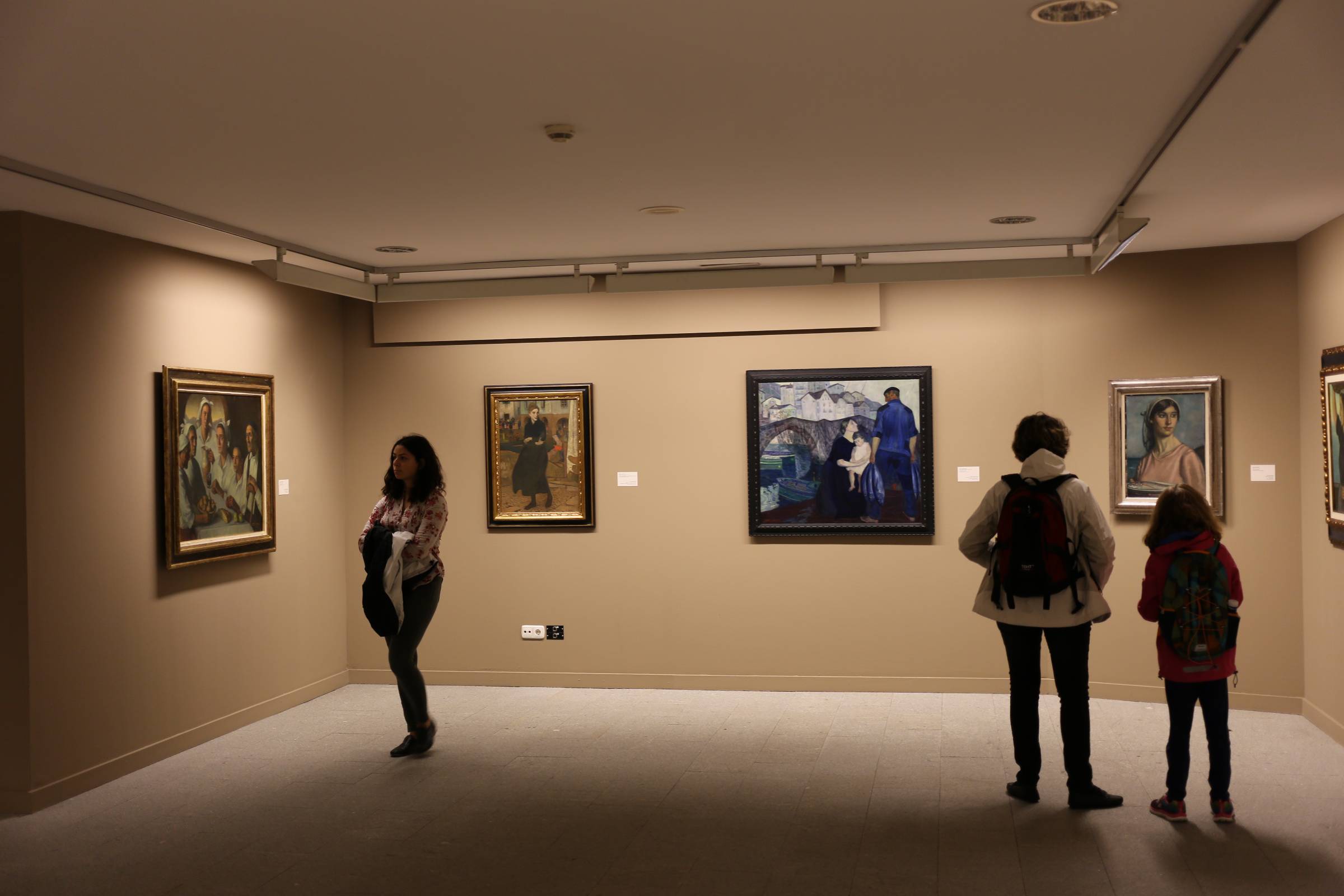 The palace is a sumptuous construction in a historicist style-inspired by the palaces of the Renaissance designed around a large square vestibule and divided into a basement, ground floor and two upper levels. On the ground floor two components which stand out are the portico located on the main facade, and the steps linking the dining room to the garden, one of the building’s distinguishing elements.

Of particular note in the building’s interior is the fine joinery produced by the firm Ibargoitia, examples of a trade with deep roots in the Vitoria of the period. Such original decoration can be observed in the floors and ceilings It is also present in the seating in the private chapel, where the stained-glass windows produced by the French firm Maumejean also found at the steps and in the ceiling of the hall – are a further highlight.

In its current form, the museum is stretched over three separate sectors: Palacio Augustin Zulueta, the expansion of the 1960s at the rear and a further adjoining building, opened in 2001 and housing the present day entrance to the museum.

A visit to the museum begins in the rooms located on the ground floor. These are devoted to Basque art between 1850 and 1950, and offer a view of the evolution of painting in the area, beginning with pioneers such as Juan Angel Saez, Antonio de Lecuona, Eduardo Zamacois and José Echenagusia. The exhibition continues with the most innovative works of painters like Adolfo Guiard, Dario de Regoyos and Juan de Echevarria, before reaching the leading artists of the period that preceded the outbreak of the Spanish Civil War, such as Pablo Uranga, Anselmo Guinea, Julian de Tellaeche and Genaro Urrutia. This floor also hosts temporary in-house and external exhibitions.

On the first floor we can see further works from the same collection, this time in larger format. Here, worthy of particular mention are names like Ignacio Zuloaga, Aurelio Arteta, Elias Salaverria, Francisco Iturrino and the brothers Ramon and Valentin de Zubiaurre. The significance of the artist Ignacio Diaz Olano to painting in Alava is reflected in the fact that an entire room is devoted to him, showing his most prominent works such as Restaurante (Restaurant), La vuelta de la romeria del Calvario (Return of the Calvary procession) and Rezo del Angelus en el campo (Praying the Angelus in the field).

Art from Alava is also at the forefront in the three rooms located on the second floor. Dedicated to Fernando de Amarica, they offer works belonging to the Fundacion Amarica, which are displayed in the museum on a permanent basis. The chronological route taken by the exhibits allows the visitor to truly appreciate the manner in which the stylistic tendencies adopted by the artist progressed through his extensive career, and permits us to observe his particular inclination towards portraying the landscapes of the Basque Country.

Situated in the area corresponding to the Palacio Augustin-Zulueta, the museum’s collection of Spanish art from the 18th to 20th centuries is modest in number but rich in quality. Comprising portraits, landscapes and traditional scenes its works depict the transition from classical academic painting to the highest spontaneity of romanticism and the directness of the artists of the realist movement. This may be seen in the portraits of Vicente Lopez and Federico and Raimundo de Madrazo, the landscapes of Carlos de Haes and Aureliano Beruete and the scene of La Siesta de los segadores (The harvesters siesta) by Josep Maria Sert.

World’s Most Punctual Airlines and Airports
Brescia and Bergamo
September U.S. Travel Agency Air Ticket Sales Total $7.3 Billion
How to choose a rental car company for travel
CL Hotels Acquires Coachman Hotel in South Lake Tahoe
Growing a travel business based on serving digital customers
Thanksgiving travel trends revealed by online travel agent, eDreams
Inmarsat: Air Passengers’ Confidence Eight Times Higher Than a Year Ago, 83% Worldwide Now Happy to Fly
Why Take A Guided Jeep Tour
House of the Vettii, known as Pompeii’s Sistine Chapel, reopened to the public after 20 years
Birdwatching, hiking and hearty campfire cuisine with ex-FARC guerrillas in Colombia
Most beautiful castles of Britain
Marriott Bonvoy Encourages Travelers to Switch into Vacation Mode with New Summer Openings Worth Logging Off For
Harbour House, Bristol
Taiwan Launches Virtual Event Showcasing Taiwan’s Family Travel Offerings with Appearances from Special Guests
Five Top Tips for Safe Travel This Summer From International SOS
Lufthansa is preparing another wave of flight cancellations
Musée des Beaux-Arts de Bordeaux
The Notre-Dame cathedral in Paris is on track to reopen in 2024
Best Museums in London
We use cookies on our website to give you the most relevant experience by remembering your preferences and repeat visits. By clicking “Accept”, you consent to the use of ALL the cookies.
Do not sell my personal information.
Cookie SettingsAccept
Manage consent