Just during the Chinese lunar New Year of this year, tourists over the whole country had an ice and snow feast in Benxi, Liaoning province. According to Benxi Municipal Government, Benxi has created an innovative ice economy to successfully solve the common tourism problem of “half year hot, half year idle” in northern cities, transforming “cold resources” into “hot economy”, and playing a “song of ice and fire”. 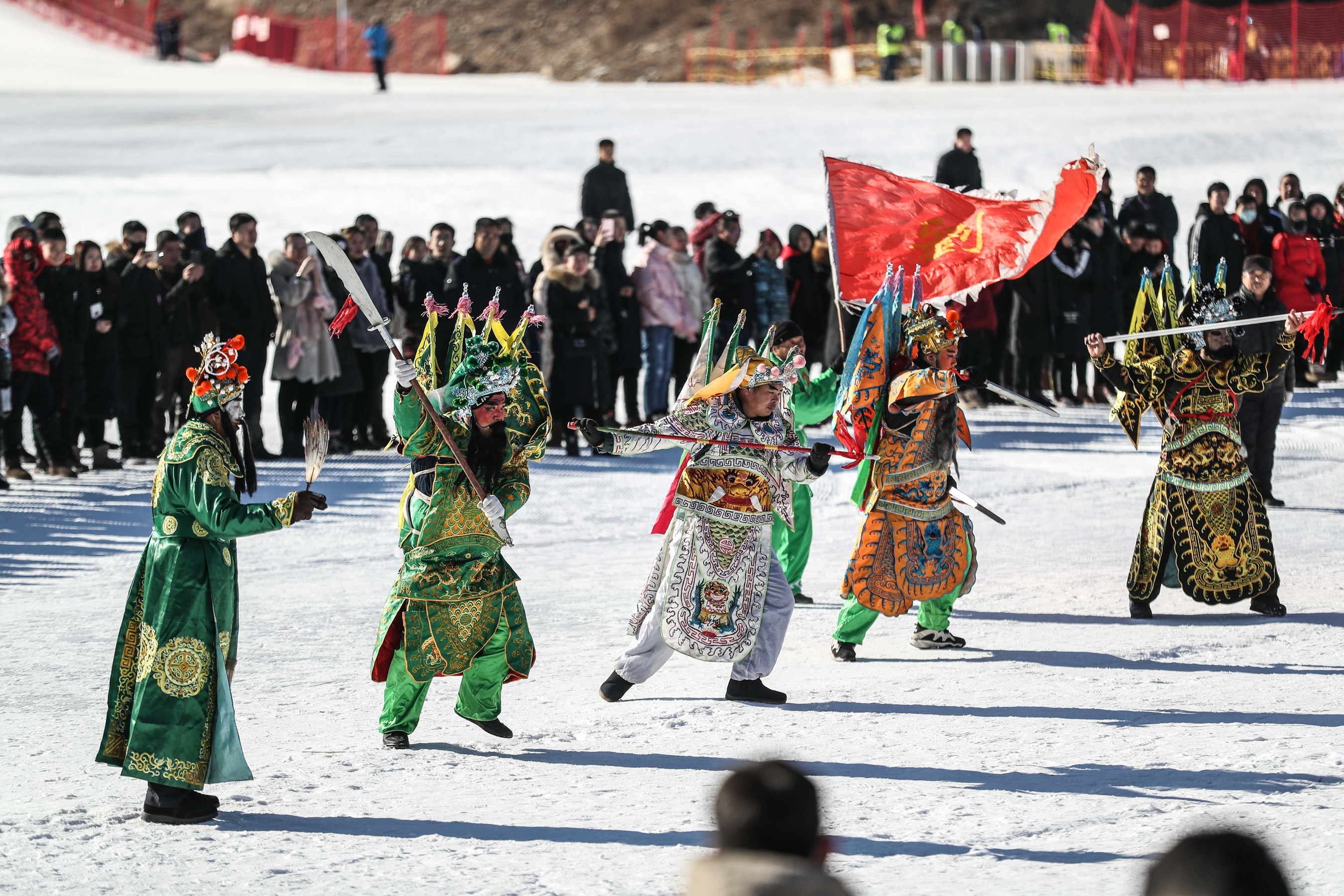 Chen Kefeng and his friends, tourists from Shenzhen, Guangdong province, had been “fully armed” on the ski slopes. “We specially come here for this big drop, which is international level,” Chen Kefeng said. “It’s funny that your wet hair will freeze hard in no time when you are soaking in the hot springs,” said a tourist from Jinan, Shandong province. The general manager of operations of Benxi Huaxi Mu International Hot Spring Resort, Song Zhenglin said that a large number of southern tourists would come here for skiing, soaking in hot springs and enjoying the snow in every winter. Especially during every Spring Festival, all rooms would be booked up early.

In recent years, it has become a trend to soak hot springs, go skiing, drink sheep soup and eat Manchu hotpot in Benxi. Relying on the unique geological and ecological resources, Benxi has gradually formed a multi-point blooming situation of the ice and snow economy, driving the development of the ice-snow tourism industry cluster. There are nearly 20 resorts that feature skiing and hot springs in Benxi.

The freezing world of ice and snow is bringing new economic vitality to Benxi, turning the frozen and snow-covered land into a mountain of gold and silver. According to the 2018 ice-snow tourism data, Benxi had received about 7.702 millions tourists, and the total tourism revenue reached 6.24 billion yuan.

The municipal party committee secretary of Benxi, Jiang Xiaolin, told the reporter that Benxi has created an “ice-snow and hot spring” model, which has attracted a large number of tourists all over the country and significantly increased the tourism revenue. Taking the Huaxi Mu International Hot Spring Resort as an example, it invested more than 2 billion yuan in building high-end hot spring towns in remote mountain villages, which promotes the rural revitalization and drives the increase of villagers’ income and prosperity.

How online travel platforms help to distribute tourism away from oversaturated hotspots
MSC Lirica, the cruise ship owned and operated by MSC Cruises, arrives to Haifa Port
Azulejos: the Portuguese ceramic tilework
Winter beach destinations are once again becoming a popular choice for travelers
CL Hotels Acquires Coachman Hotel in South Lake Tahoe
First-of-its-Kind New Rides to Open in Every SeaWorld Park in 2023 Including the World’s First Surf Coaster, the Longest and Fastest Straddle Coaster, and the World’s First Launched Flume Coaster
World Travel Market London 2022, November 7 – 9, 2022, Exhibition Centre London
NORWEGIAN CRUISE LINE TO ELIMINATE COVID-19 TESTING, MASKING AND VACCINATION REQUIREMENTS BEGINNING OCT. 4, 2022
ROYAL CARIBBEAN GROUP CELEBRATES 30 YEARS OF SAVE THE WAVES, THE COMPANY’S COMMITMENT TO SUSTAINABILITY
How to overcome a fear of flying
Best Museums in London
What kind of ship would you choose to travel?
Harbour House, Bristol
The British Museum has the world’s largest collection of Benin bronzes
Photo of the Day: Angers, France
Best view of Melbourne? Ferguson Pier in Williamstown
Alternative guide to Mallorca
The fifth bull run at Pamplona’s San Fermín Festival
Restaurant MOTA in Nykøbing Sjælland
Five Top Tips for Safe Travel This Summer From International SOS
We use cookies on our website to give you the most relevant experience by remembering your preferences and repeat visits. By clicking “Accept”, you consent to the use of ALL the cookies.
Do not sell my personal information.
Cookie SettingsAccept
Manage consent