Eight Grizzly bears, including two named Miss America and Miss Montana, rescued late last year by The Wild Animal Sanctuary in Colorado were recently released into their forested, 103-acre (41+ hectares) habitat. Offering pine forest, hills, bluffs, rock formations, water features and dens, the expansive new home continues to advance how captive wildlife are housed and cared for. Previously knowing enclosures constructed mostly of concrete and steel and measured in square feet, the bruins seemed to be in sensory overload as they eagerly began to take in all of the sights, sounds and smells of the wild and were able to rove farther than ever before in their lives.

Sanctuary executive director, Pat Craig, who participated in the release, stated that even after rescuing large carnivores for over 40 years, seeing these powerful and beautiful animals moving about so freely in such a natural setting left him and other employees totally awestruck. So much so, that he now anticipates even more the release of more grizzlies into the habitat later in the spring and rescued Black Bears into their own neighboring 243-acre habitat. Another thrill staff members are looking forward to is seeing bears excavate their own dens and then hibernate in them next winter. 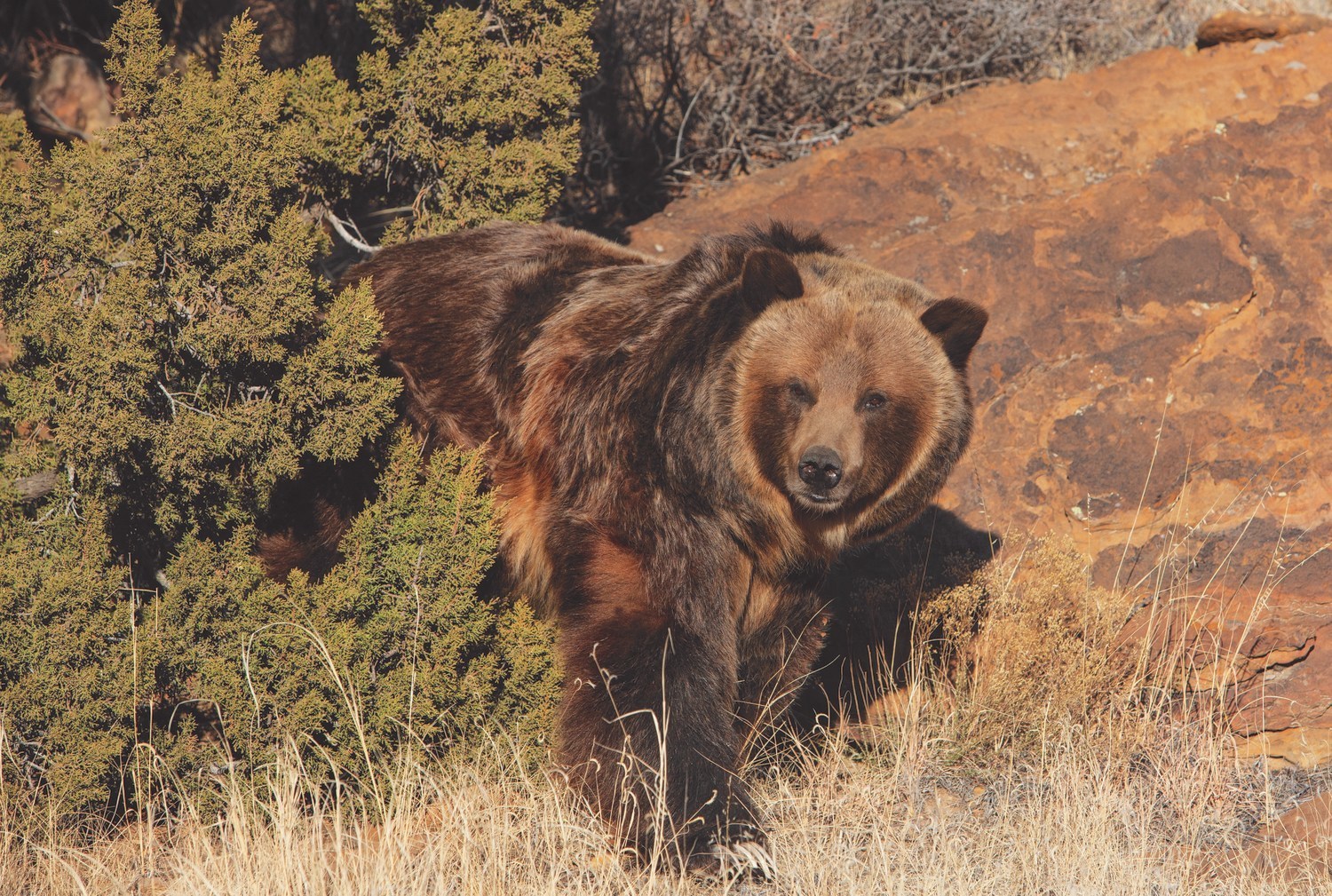 Six of the bears were previously kept at the defunct Wildlife Waystation in California, including sisters Miss America and Miss Montana who were housed there for 24 years. The other bears from the Wildlife Waystation are Amos, Maverick, Mishka and Timber. Joining them are female grizzlies, Pooh and Bearita, rescued from a private owner situation in Seguin, Texas that was shut down.

The bears are cared for by on-site Sanctuary staff members.

About The Wild Animal Sanctuary:
Located near Keenesburg, Colorado, The Wild Animal Sanctuary is the largest nonprofit carnivore sanctuary in the world, with over 500 rescued animals including lions, tigers, bears, wolves, leopards and other large carnivores living in large-acreage natural habitats. Established in 1980, the Sanctuary operates two locations with more than 10,000 acres for abused, abandoned and confiscated carnivores and specializes in rehabilitating captive wildlife so they can be released into natural habitats where they can roam freely and live with others of their own kind. More information is available at www.wildanimalsanctuary.org and www.wildanimalrefuge.org.

The Credit Suisse Exhibition: Raphael, Until 31 July 2022, National Gallery, London
Park Hyatt Jakarta Officially Opens in the Heart of Tranquil Menteng
Holland America Line Introduces New Chef Ethan Stowell Dishes to Dining Room Menu Showcasing Commitment to Wild, Sustainable Alaska Seafood
Leave the beach right after 11AM and don’t come back until 4PM
Cruise Ship Queen Victoria embarking in Stockholm
SMART Airports Conference to bring airport leaders and innovators from around the world to Ontario, California
Folk Dances in Bergerac, France
The Motto of Travel Season 2022: Travel No matter What
Summer tourism brightens eurozone economy
Here, Top Vacation Rental Investment Marketplace, Raises $5M to Expand into 20 New Destinations
The Dyrt Announces the 2022 Best Places To Camp: Top 10 in the U.S.
Saint-Malo, Brittany, has the highest tides in Europe
Dubrovnik’s spectacular old town
Five Top Tips for Safe Travel This Summer From International SOS
Birdwatching, hiking and hearty campfire cuisine with ex-FARC guerrillas in Colombia
Best view of Melbourne? Ferguson Pier in Williamstown
UK’s best ancient sites
The best places to eat outdoors in London
At the start of the year Rzeszow was the 15th-biggest city in Poland
Photo of the Day: Angers, France
We use cookies on our website to give you the most relevant experience by remembering your preferences and repeat visits. By clicking “Accept”, you consent to the use of ALL the cookies.
Do not sell my personal information.
Cookie SettingsAccept
Manage consent