The much-anticipated, October opening of Ruby City is the latest major cultural development in San Antonio, coming on the heels of a $100 million expansion of The Witte Museum, a multi-million-dollar transformation of the McNay Art Museum and a $40 million expansion at the San Antonio Botanical Garden. The new experiences, along with remarkable exhibitions puts San Antonio in the art world spotlight this fall. 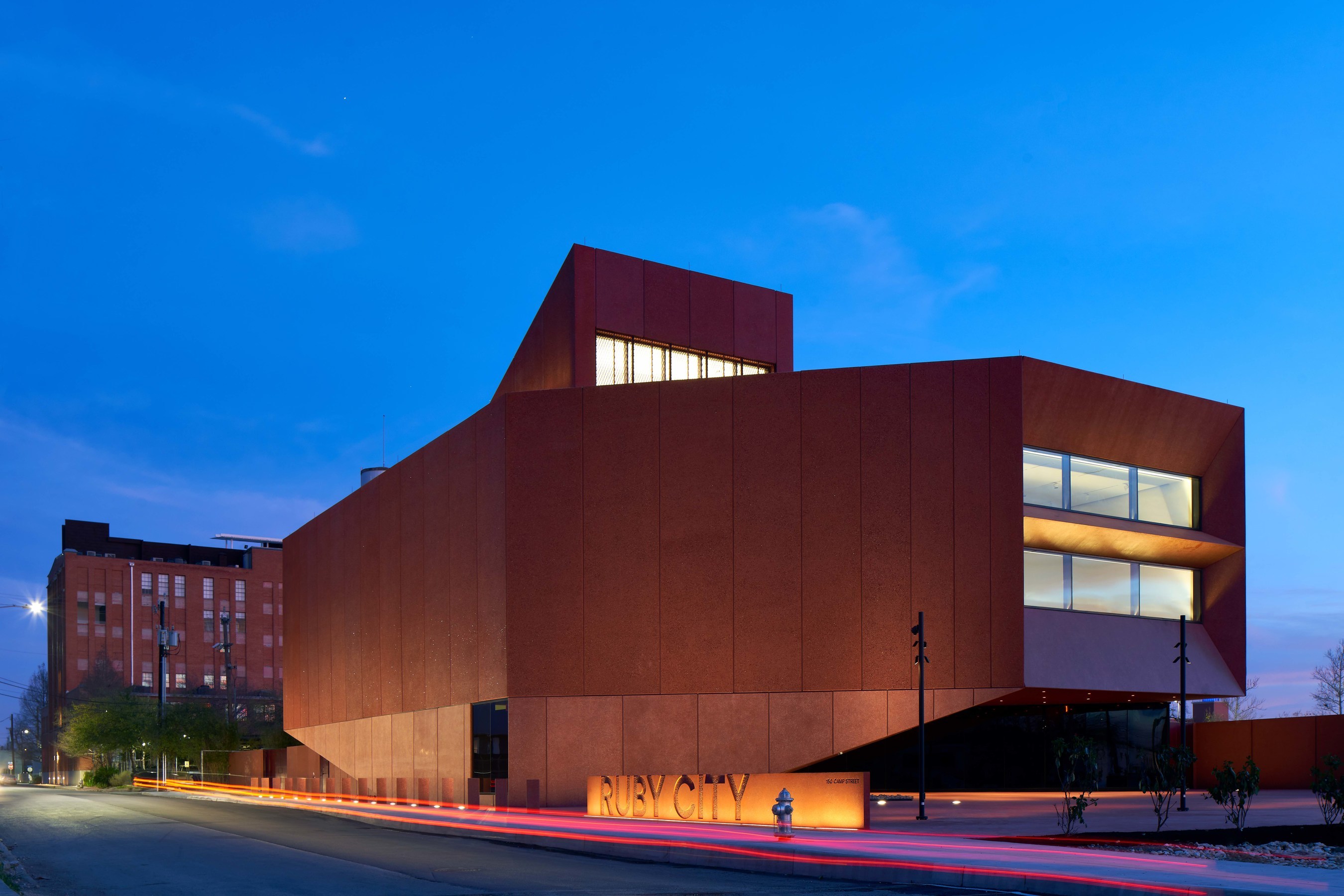 Opening October 13, Ruby City is the dream made reality of the late philanthropist Linda Pace for a dedicated space for contemporary works by locally and internationally acclaimed artists. Building on the Linda Pace Foundation Collection of more than 900 works, the inaugural exhibition is presented in three parts, entitled Waking Dream, Isaac Julien: Playtime, and Jewels in the Concrete. The design of the building by distinguished architect Sir David Adjaye OBE is inspired, in part, by the 16th century Spanish Missions in San Antonio. The exterior concrete skin is imbued with a rich red tone giving the building its ruby red glow. Ruby City is part of a larger campus including Chris Park, a public green space named in memory of Pace’s son, and Studio, an exhibition space presenting curated shows throughout the year.

San Antonio visitors also can look forward to a celebration of Mexican artist Sebastián, in the exclusive city-wide exhibit “Sebastian in San Antonio: 50+ Years/20+ sites/100+ works.” Best known for his monumental sculptures found around the world, Sebastián’s work has been shown in more than 190 solo exhibitions and permanent works in over 20 countries including Germany, Brazil and Japan. San Antonio is of significance for Sebastián and his work, with his iconic “La Antorcha de la Amistad” sculpture a notable part of the city’s skyline. More than 100 2D and 3D works will be on display from September 2019 to May 2020 in accessible locations including the River Walk, Market Square, Culture Commons Gallery at Plaza de Armas and the San Antonio International Airport.

The opening of Ruby City and the Sebastián exhibition join San Antonio’s over two dozen cultural institutions and art programs, making the city a top destination for art lovers. Additional arts highlights for this fall include:

Briscoe Western Arts Museum is showing more than 100 paintings and sculptures of animals around the world in the Society of Animal Artists’ 59th Annual Exhibition Art and the Animal.

McNay Art Museum, Texas’ first modern art museum, is undergoing a $6.25 million transformation of its grounds and sculpture gardens. This fall, visitors can view Picasso to Hockney: Modern Art on Stage, as well as Mary Cassatt’s Impressionist masterpiece The Cup of Tea on exclusive loan from the Metropolitan Museum of Art, New York as part of the McNay’s suite of Cassatt’s well-known aquatints and other works.

San Antonio Museum of Art (SAMA) welcomes two distinct exhibitions: Victorian Radicals: From the Pre-Raphaelites to the Arts & Crafts Movement and Elegant Pursuits: The Arts of China’s Educated Elite, 1400-1900. Elegant Pursuits celebrates the unveiling of a large Taihu rock, a gift of the Chinese Sister City, Wuxi, honoring San Antonio’s tricentennial anniversary. SAMA is the first museum in the southwest to present a Taihu rock to the public.
Following its recent $100 million expansion, The Witte presents Mythic Creatures: Dragons, Unicorns & Mermaids, where museum goers investigate how misidentification, speculation, fear or imagination could have inspired the development of some legendary creatures.
To learn more about San Antonio’s lively arts scene, go to visitsanantonio.com/arts.

Now open: France, Spain and more get ready for international tourists
Why Are Cruises So Popular?
There is no straight line between curbing travel and curbing infections
Boatsetter Furthers Expansion Of On-the-water Experiences With Launch Of Boatsetter Fishing
The Maltese Islands Reopen for Summer, COVID-19 Restrictions Removed
Travel Insurance: Is It Actually Worth Buying?
Viking Announces May 2021 Restart Of Limited Operations With Domestic UK Voyages
Costa Resumes Its Cruises Starting From May
The maiden voyage of one of the world’s biggest cruise ships may be to a scrapyard
Deliverect launches “Hidden Gems” contest to support SMB restaurants
Technology Eases up the Air Passenger Experience From Home to the Airport
Travelers are having second thoughts about enduring the world’s longest flights
Wyndham Hotels & Resorts Selects AWS as Its Preferred Cloud Provider to Enhance Guest Experiences
EasyJet plans to raise more than 1 billion pounds ($1.4 billion) from a share sale
Bretagne, France
Americans expect a return to normal travel in 2022
‘Buy Now, Pay Later’ Can Support the Travel Industry Recovery According to Zip Co
AI-powered travel tech platform Hopper raises $175M
International Mountain Tourism Day 2022 themed events kick off online
TravelPerk partners with Divvy to bring best in class travel and expense experience to U.S. business travelers

ESGFT.com (ESG Fungible Tokens): Companies are doubling down on ESG
GovernmentMetaverse.com (Government Metaverse): In 2021 Login.gov grew from 24 million to 42 million users
BRIC Investment Funds Have Taken a Beating This Year
52% of retail activities could be automated
Intensity of globalization and localization forces in a foreign market

We use cookies on our website to give you the most relevant experience by remembering your preferences and repeat visits. By clicking “Accept”, you consent to the use of ALL the cookies.
Do not sell my personal information.
Cookie SettingsAccept
Manage consent