TAORMINA, Italy – Just in time for the much-anticipated return of the high season in southern Italy, a landmark hotel is debuting a fresh new look and an invitation to experience it all. San Domenico Palace, Taormina, A Four Seasons Hotel is now open. 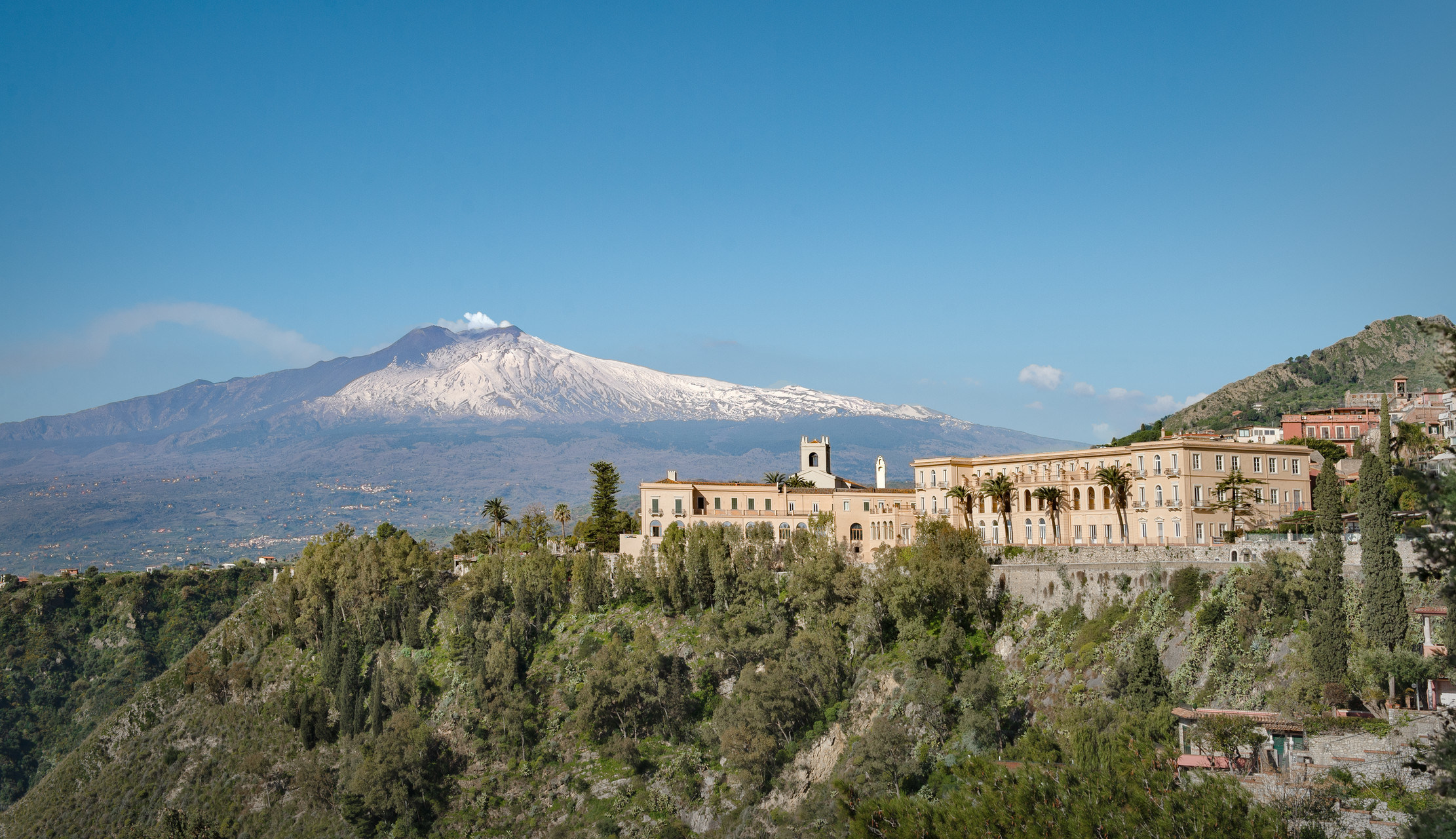 “The legendary San Domenico Palace was already very well known to us at Four Seasons,” notes Christian Clerc, President, Global Operations. “It is an exceptional property in every way, and we are honoured to have been chosen once again by our owner-partners Gruppo Statuto to manage such an important property, and to add to our growing collection of transformed historic hotels in Italy and around the Mediterranean.” 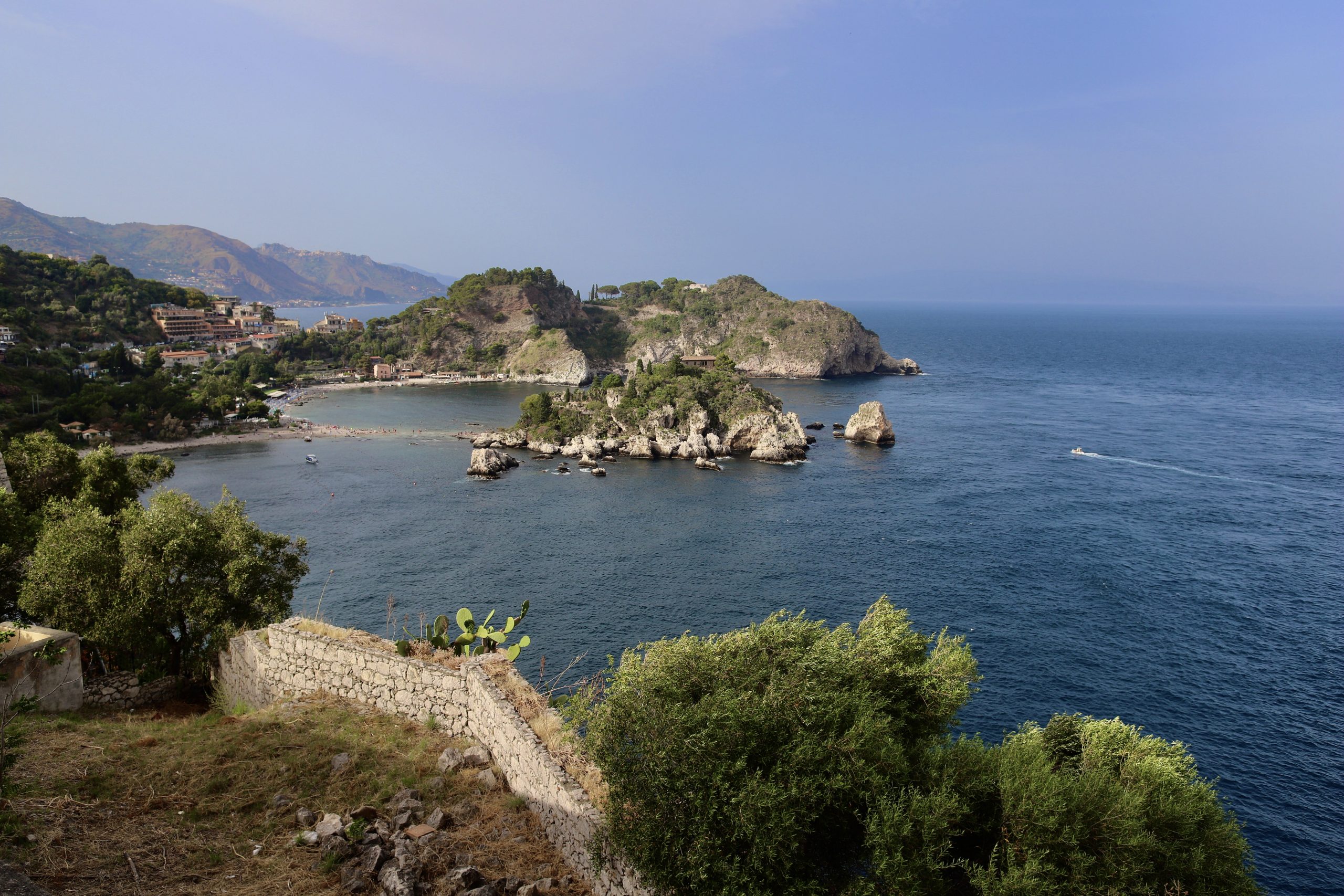 With spectacular views in every direction, San Domenico Palace is uniquely situated between the majesty of Mount Etna above, the deep blue waters of the Ionian Sea below, and the beautiful south-eastern coast of Sicily as far as the eye can see.

“Everything past guests have always loved about San Domenico Palace has been restored, with familiar faces and vistas at every turn,” says General Manager Lorenzo Maraviglia, who has returned to his home country following years abroad to introduce Four Seasons to Sicily for the first time.

“It’s been a meticulous evolution that honours the site’s past while elevating every aspect to a new level of personalised service, extraordinary experiences, and the opportunity to create memories to last a lifetime. We are incredibly grateful to Gruppo Statuto for their investment and proud of the fact that it’s an Italian company that undertook this massive renovation project using only local craftspeople. This is Italy at its best.”

With just 111 guest rooms and suites, the atmosphere is intimate, as though returning to a treasured friend’s seaside home each year. The most coveted room is the Royal Suite, with principal rooms all opening onto a large terrace and plunge pool with views of Mount Etna, the ancient Greek Theatre and the Ionian Sea. Terraces are lined with glass for infinity views, and in all, there are 19 rooms with private plunge pools.

Built on the site of a 14th century Dominican convent, the San Domenico Hotel first came to life in 1896 with the addition of a new building in Italian Liberty style (today’s Grand Hotel Wing) adjacent to accommodations converted from former quarters in the Ancient Convent Wing. It soon became a highlight on the Grand Tour, favoured by royalty and nobility and increasingly, a colourful cast of artists, writers and Hollywood stars. Set amid lush gardens reimagined by acclaimed Italian landscape architect Marco Bay with sweeping sea views, the Hotel pairs contemporary art with antiquities and architectural relics throughout.

This Summer in Sicily

Travellers will find that most of Sicily has reopened, from the designer shops and charming outdoor trattorias in the town of Taormina to artistic venues such as the steps-away ancient Greek Theatre, where a full calendar of musical performances are planned throughout summer. Beach clubs are open, with guests of Four Seasons receiving special access to one of the most popular clubs. The concierge team is happy to offer recommendations or arrange bespoke itineraries for guests who wish to explore, including wine tastings, scenic hikes, architecture and history tours, and boat excursions to the famous Grotta Azzura of Isola Bella with a chef-prepared picnic spread to enjoy along the way.

“We’ve also created a number of very special experiences for our guests, including day-long helicopter and yacht tours of the fascinating Aeolian Islands north of Sicily, including Panarea, Stromboli and Salina,” says Assistant Chef Concierge Roberta Maria Cariola. “Within the Hotel, our Art Concierge will take guests on a journey through 700 years of art, architecture and fascinating stories. Our Sala della Grande Madia, the former convent’s refectory, is now a gallery displaying San Domenico’s most important treasures.”

More to look forward to: San Domenico Palace opens annually from April through to the end of October, with spring and fall offering milder weather and fewer crowds.

“The annual wine harvest on the Etna is always cause for celebration, and our concierge team can arrange opportunities for guests to join in the fun,” says Roberta. “In addition to trekking on Mount Etna, we recommend spring as the ideal time to explore other towns along the coast. In the port city of Catania, food lovers won’t want to miss the weekly fish market and the surrounding seafood restaurants. Further down the coast, Syracuse is known for its ancient ruins, with the Archaeological Park Neapolis in the centre of town being a great place to start. Another lovely day trip – don’t worry, we’ll pack a lunch for you! – is Noto, with its historic palaces and Baroque cathedral.”

The rebirth of the San Domenico Palace also heralds the return of Principe Cerami to Sicily’s thriving culinary and viticulture scene, where Executive Chef Massimo Mantarro’s menu is inspired by the very land where he grew up on the slope of Mount Etna. True to his roots but always experimenting, Chef Massimo’s genius can be savoured best in his #FSMasterdish, pasta e seppia. This clever combination of fresh ingredients marries sea and earth in marinated cuttlefish tagliatelle perched atop homemade spaghetti with cuttlefish ink afloat courgette blossom fondue. Paired with a glass of local wine selected by Head Sommelier Alessandro Malfitana, it’s Sicily on a plate.

Additional dining experiences include Rosso, where a large terrace affords panoramic views of Mount Etna and Taormina Bay as a setting to enjoy local specialties and international classics; and the poolside Anciovi, where the menu celebrates the bounty of the sea, and where creative cocktails can be enjoyed long after the sun goes down. In the garden setting of Bar & Chiostro, drinks are best paired with light fare, including the must-try pennette served in the local “Norma” style with aubergine and ricotta cheese.

Not to be missed are the exquisite creations of Chef de Patisserie Vincenzo Abagnale, who joins Four Seasons following four years with Chef Mauro Colagreco at three Michelin-starred Mirazur in France, that was ranked #1 on the list of World’s Best Restaurants in 2019.

In the captivating setting that combines hundreds of years of history with the drama of an active volcano, events at San Domenico Palace are always memorable. Now, with the expert touch of Four Seasons event planners and the catering team, it’s a fantastic choice for inspired corporate retreats, fairy-tale weddings or simply gathering family and friends for a much-needed reunion in the sun.

More than 1,700 square metres (18,300 square feet) of indoor-outdoor event spaces can be tailored for gatherings from a dozen to several hundred guests. Wedding couples, event hosts and meeting planners are invited to contact [email protected] to beginning planning.

In celebration of its rebirth as a Four Seasons experience, the Hotel is presenting several exceptional offers, including the Sicilian Indulgence package, which features luxurious accommodations, daily breakfast and a six-course tasting menu for two by Chef Massimo Mantarro himself. Additional packages can also be booked online or by calling +39 0942 613111.

Insider Tip: Consider booking ahead for 2022 to secure a room during the famed Taormina Film Festival, or the always-popular Taormina Book Festival, both taking place in early summer each year.

About Four Seasons Hotels and Resorts
Four Seasons Hotels and Resorts opened its first hotel in 1961, and since that time has been dedicated to perfecting the travel experience through continual innovation and the highest standards of hospitality. Currently operating 120 hotels and resorts, and 45 residential properties in major city centres and resort destinations in 47 countries, and with more than 50 projects under planning or development, Four Seasons consistently ranks among the world’s best hotels and most prestigious brands in reader polls, traveller reviews and industry awards. For more information and reservations, visit fourseasons.com. For the latest news, visit press.fourseasons.com and follow @FourSeasonsPR on Twitter.

How to choose a rental car company for travel
Air travel in the U.S. has recovered to about 99% of 2019 levels
Adventures by Disney to Debut Its First-Ever Adriatic Sea Expedition Cruise in 2024
House of the Vettii, known as Pompeii’s Sistine Chapel, reopened to the public after 20 years
Cunard Announces 2024 Summer and Fall Program
Brescia and Bergamo
One of the main reasons people engage in gastronomy tourism is to try new and unique flavors and dishes
How to travel light, with less luggage
Holidays Have Officially Begun at Walt Disney World Resort
As demand for air travel returns: decarbonization is the key for a more sustainable future
Restaurant MOTA in Nykøbing Sjælland
The British Museum has the world’s largest collection of Benin bronzes
Alternative guide to Mallorca
How to travel the world, but stay in one place: exotic and serene destinations
Photo of the Day: Angers, France
What kind of ship would you choose to travel?
Saint-Émilion, France
How to avoid looking like a tourist in France?
Miami has boomed over the course of the pandemic
Harbour House, Bristol
We use cookies on our website to give you the most relevant experience by remembering your preferences and repeat visits. By clicking “Accept”, you consent to the use of ALL the cookies.
Do not sell my personal information.
Cookie SettingsAccept
Manage consent