The oldest known natural pearl in the world has been discovered by Department of Culture and Tourism – Abu Dhabi (DCT Abu Dhabi) archaeologists working at a Neolithic site on Marawah Island, just off the coast of Abu Dhabi. Dubbed the ‘Abu Dhabi Pearl’, it was found in layers carbon dated to 5800-5600 BCE, during the Neolithic period. The discovery is proof that pearls and oysters were used in the UAE nearly 8,000 years ago, and represents the earliest known evidence for pearling yet discovered in the world. 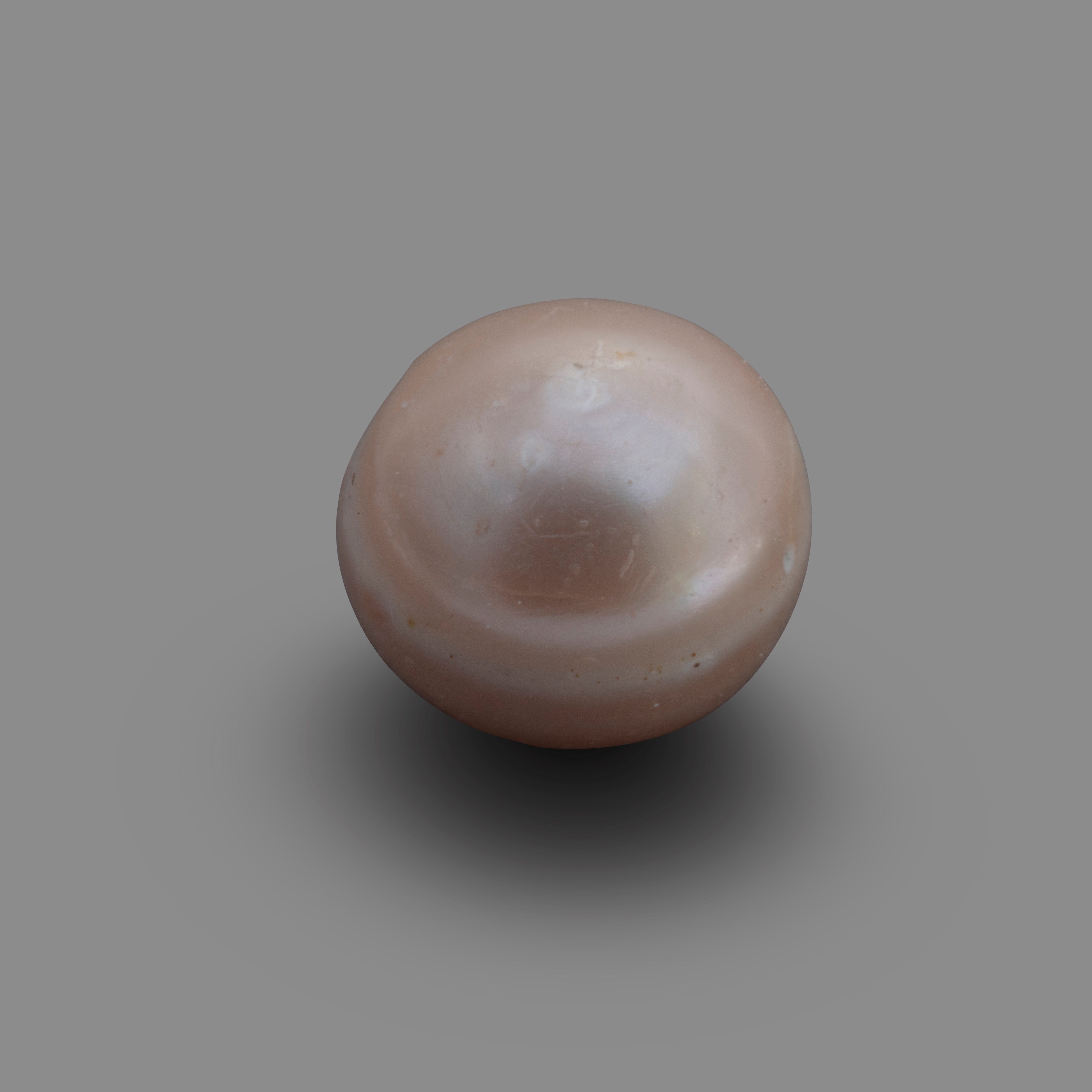 Pearls were precious elements during the Neolithic period, certainly falling into the category of luxury and used for adornment. As such, the priceless and historically significant Abu Dhabi Pearl will feature in the upcoming Louvre Abu Dhabi exhibition 10,000 Years of Luxury, where it will be on display to the public for the very first time since its discovery.

Carbon dating has proven the Abu Dhabi Pearl to be older than both of the two most significant prior pearl discoveries – one uncovered at a Neolithic site in Umm al-Quwain and the other at a Neolithic cemetery in Sharjah.

The Marawah site was first discovered in 1992, and consists of numerous collapsed Neolithic stone structures. Other significant finds from the site have included an imported ceramic vase, flint arrowheads and shell and stone beads. Numerous painted plaster vessel fragments discovered represent the earliest known decorative art found in the UAE. At the beginning of 2020 a major new excavation will take place at the site.

Experts have suggested pearls were possibly traded with Mesopotamia in exchange for highly-decorated ceramics and other goods. Pearls were precious elements during the Neolithic period and likely worn as jewellery by the local population.

The art of pearling required an in-depth knowledge of pearl beds and their locations and expert seafaring skills. Once these were mastered by the ancient inhabitants of Marawah, pearling was to remain a mainstay of the UAE’s economy for millennia.

Spending Trends: Cost of Travel Decreases Despite Historical Inflation Rates
Faster-than-expected rebound in international visitors to Thailand
Split, Croatia
The Motto of Travel Season 2022: Travel No matter What
SMART Airports Conference to bring airport leaders and innovators from around the world to Ontario, California
SEABOURN CELEBRATES SEABOURN VENTURE’S MAIDEN VOYAGE TO ANTARCTICA AND NAMING OF ITS FIRST PURPOSE-BUILT EXPEDITION SHIP
Adventures by Disney to Debut Its First-Ever Adriatic Sea Expedition Cruise in 2024
AIDAcosma, the LNG-powered cruise ship, arrives to Haifa Port
First-of-its-Kind New Rides to Open in Every SeaWorld Park in 2023 Including the World’s First Surf Coaster, the Longest and Fastest Straddle Coaster, and the World’s First Launched Flume Coaster
NOW OPEN: Four Seasons Resort Tamarindo, México Welcomes Guests to a Verdant Refuge on the Pacific Coast
Exploring Provence’s Luberon Valley
Alternative guide to Mallorca
Musée des Beaux-Arts de Bordeaux
Marriott Bonvoy Encourages Travelers to Switch into Vacation Mode with New Summer Openings Worth Logging Off For
Best view of Melbourne? Ferguson Pier in Williamstown
At the start of the year Rzeszow was the 15th-biggest city in Poland
Most beautiful castles of Britain
Piles of lost bags in London, Paris and Toronto
MSC Lirica on Mediterranean cruise
The fifth bull run at Pamplona’s San Fermín Festival
We use cookies on our website to give you the most relevant experience by remembering your preferences and repeat visits. By clicking “Accept”, you consent to the use of ALL the cookies.
Do not sell my personal information.
Cookie SettingsAccept
Manage consent