London, New York, Tokyo, Paris and Singapore once again emerged as the world’s most comprehensively attractive cities, in that order, in the Global Power City Index (GPCI) 2020 report. This report is published by The Mori Memorial Foundation’s Institute for Urban Strategies, a research body established by Mori Building, a leading urban developer in Tokyo. Although the composition of the top five cities has remained unchanged since 2016, London and New York have shown a marked uptrend over that time while the scores of Tokyo and Paris have slipped, and Singapore has closed in on Paris. Among the other cities in the top 10, Berlin extended its scores in the area of Livability, leapfrogging Seoul into seventh place overall. Shanghai improved its ratings in all areas aside from Research and Development, greatly improving its overall position from #30 to #10 and overtaking Sydney to enter the top 10 for the first time.

Since 2008, the annual GPCI report has ranked 40 or more major cities in terms of their “magnetism,” or their overall power to attract creative individuals and enterprises from around the world. Cities are rated on the basis of 70 indicators in six functions: Economy, R&D, Cultural Interaction, Livability, Environment, and Accessibility. In an effort to reflect changes in the conditions affecting global cities, the GPCI continuously fine-tunes its indicators and data-collection methods.

In 2020, the most serious event was the spread of the novel coronavirus (COVID-19), labeled by the WHO in March as a global pandemic. COVID-19 subsequently had a wide-ranging impact on cities’ economic networks and lifestyles as a result of the accompanying lockdowns, travel prohibitions and other restrictions on people’s movements. In the GPCI 2020 survey, conducted in August this year, the influence of the COVID-19 pandemic was reflected in a number of indicators, including “Workstyle Flexibility” and “Satisfaction with Urban Cleanliness”. With the accompanying transition to online working, internet speed was added as a factor to “Variety of Workplace Options”. On top of these changes, new indicators such as “Air Quality”, “Number of Flight Arrivals and Departures” and “Ease of Mobility by Taxi or Bicycle” were added. Moreover, based on a separate survey of urban lifestyle changes, some factors emerged which might be added as new criteria in the GPCI evaluation process.

Highlights (Cities from #1-10)
London (#1), maintaining its #1 position for the ninth consecutive year, was placed in the top 10 of all categories aside from Environment. It achieved a remarkable improvement in Accessibility where it took first place, replacing Paris, while maintaining its comprehensive lead in the area of Cultural Interaction. On the other hand, its score in the Economy field fell for the second year running following a drop in its “GDP Growth Rate”. It will become even more important for London to maintain its overwhelming strength in Cultural Interaction if there is economic fallout as a result of COVID-19, which continues to affect people’s movements and interaction. 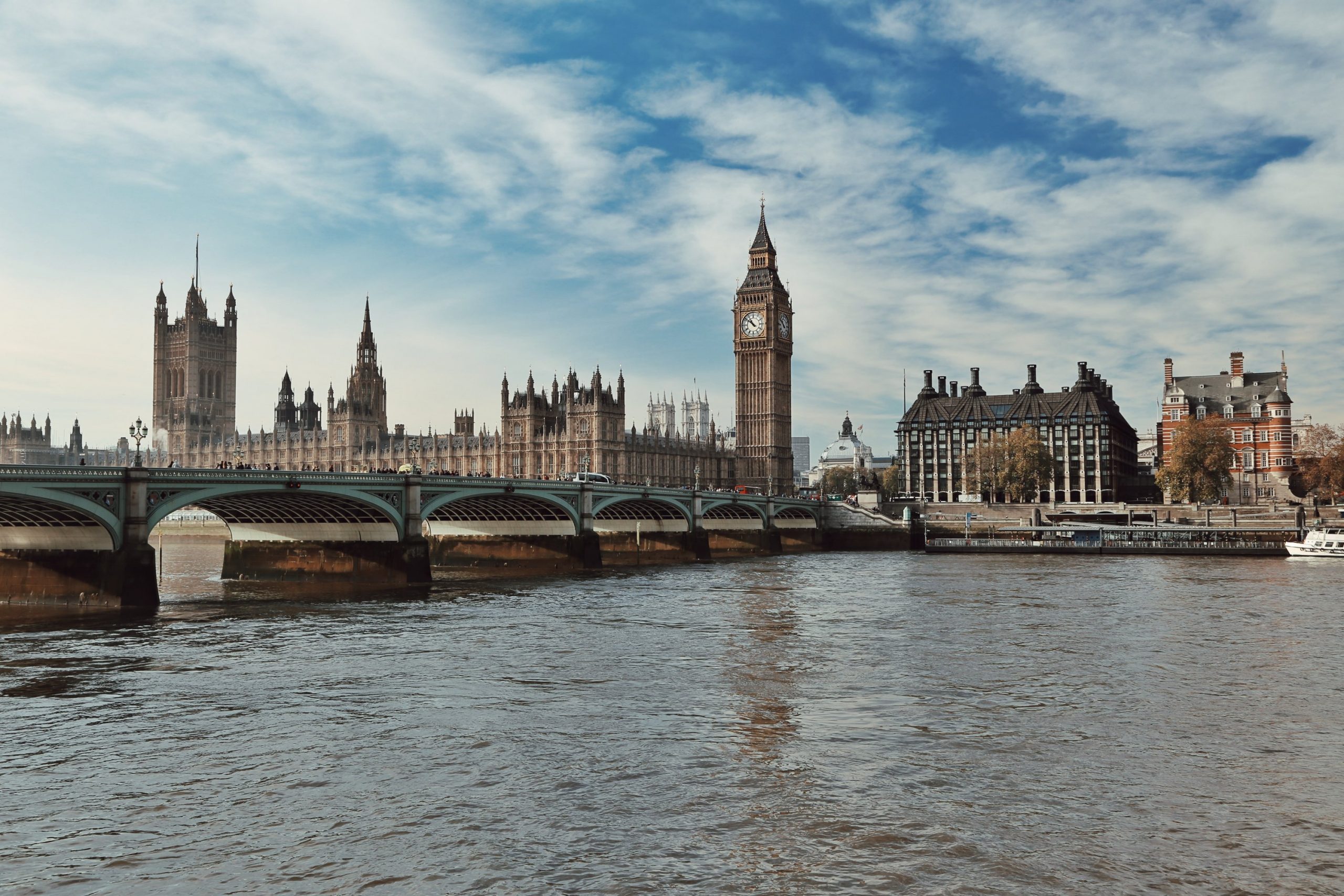 New York (#2) was once again dominant in the Economy category this year, with improved scores in “Total Employment” and “Employees in Business Support Services”; it also secured the highest ratings in “Variety of Workplace Options”. Though the city maintained its top ranking in Research & Development and Cultural Interaction, its scores in “Workstyle Flexibility” fell, causing it to drop in the Livability rankings, the city’s weakest area. Given the impact of COVID-19 and the political divisions in the United States, Livability is a key area where the city should seek improvements.

Tokyo (#3) continued to display consistent strengths in all areas while also raising its score in the area of Environment and Accessibility. Despite Japan’s capital retaining third place in the Economy field, the gap between it and next-placed Singapore narrowed. Livability was the only area where the city’s rankings fell, due to a drop in scores for “Workstyle Flexibility”. The city has improved its position in Cultural Interaction since it was selected as an Olympic host city in 2013, yet it still has a potential for improvement in “Nightlife Options” and “Number of Luxury Hotel Rooms.”

Paris (#4) fell back somewhat, in a reversal of its improved ratings last year. Although the city boosted its score in the Economy category as a result of improved scores in “Corporate Tax Rates”, it fell from first place in the areas of Livability and Accessibility. Its ranking in the area of Environment also fell due to low scores in “Satisfaction with Urban Cleanliness”, possibly as a result of the strike action by city sanitation workers in February 2020. 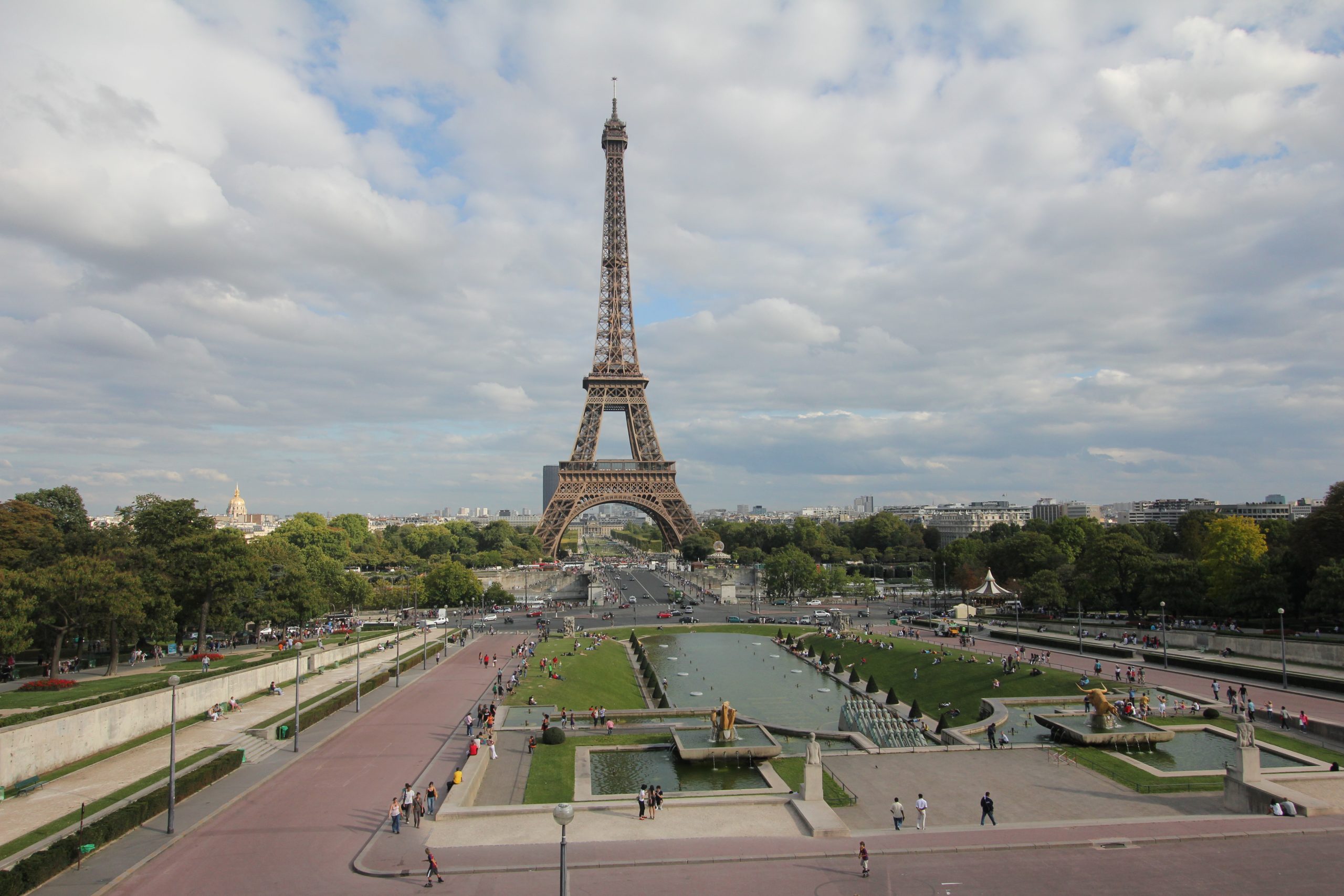 Singapore (#5) reaffirmed its credentials as a stable city, achieving improved rankings in all areas except Cultural Interaction. The city state, a global business hub, raised its scores in the Economy field and closed the gap in this area on third-placed Tokyo. It overtook Hong Kong to claim first position in “Economic Freedom” and also improved its score in “Variety of Workplace Options” (#3). Competition with other Asian financial centers such as Tokyo and Hong Kong is expected to intensify.

Amsterdam (#6) achieved first place in the area of Livability, replacing Paris, due largely to an improvement in its “Total Unemployment Rate” scores. The city was also rated highest overall in terms of “Ease of Mobility by Taxi or Bicycle” and took second place overall in Accessibility. However, its score in the Environment category dropped sharply due to low ratings in “Satisfaction with Urban Cleanliness”. 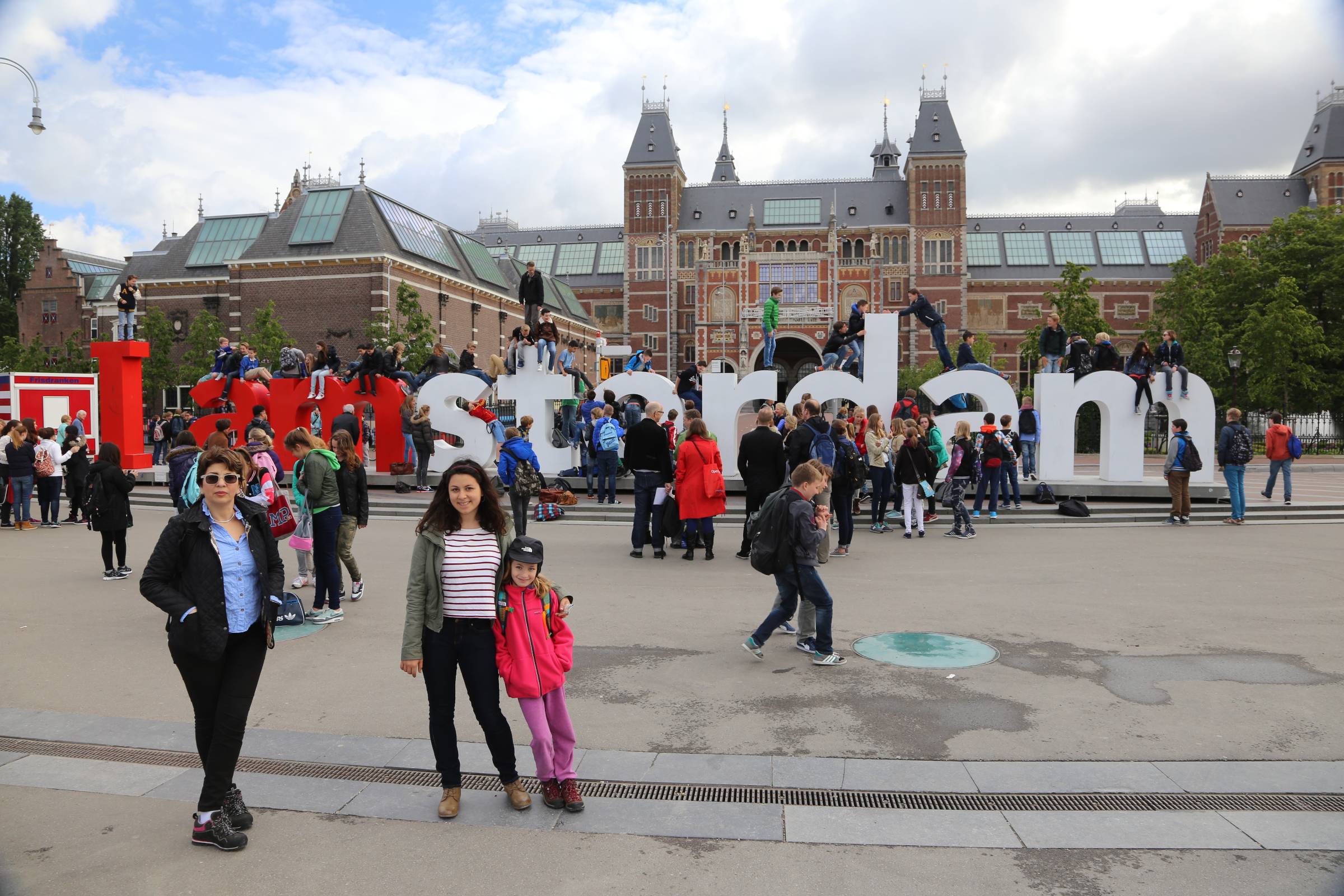 Berlin (#7) overtook Seoul in the overall rankings, achieving significantly improved Livability scores, particularly in “Workstyle Flexibility” and with improved “Commitment to Climate Action” ratings helping to boost its performance in the Environment field. However, its rankings in “Variety of Workplace Options” fell and its weak position in Economy (#29) was unchanged from last year. 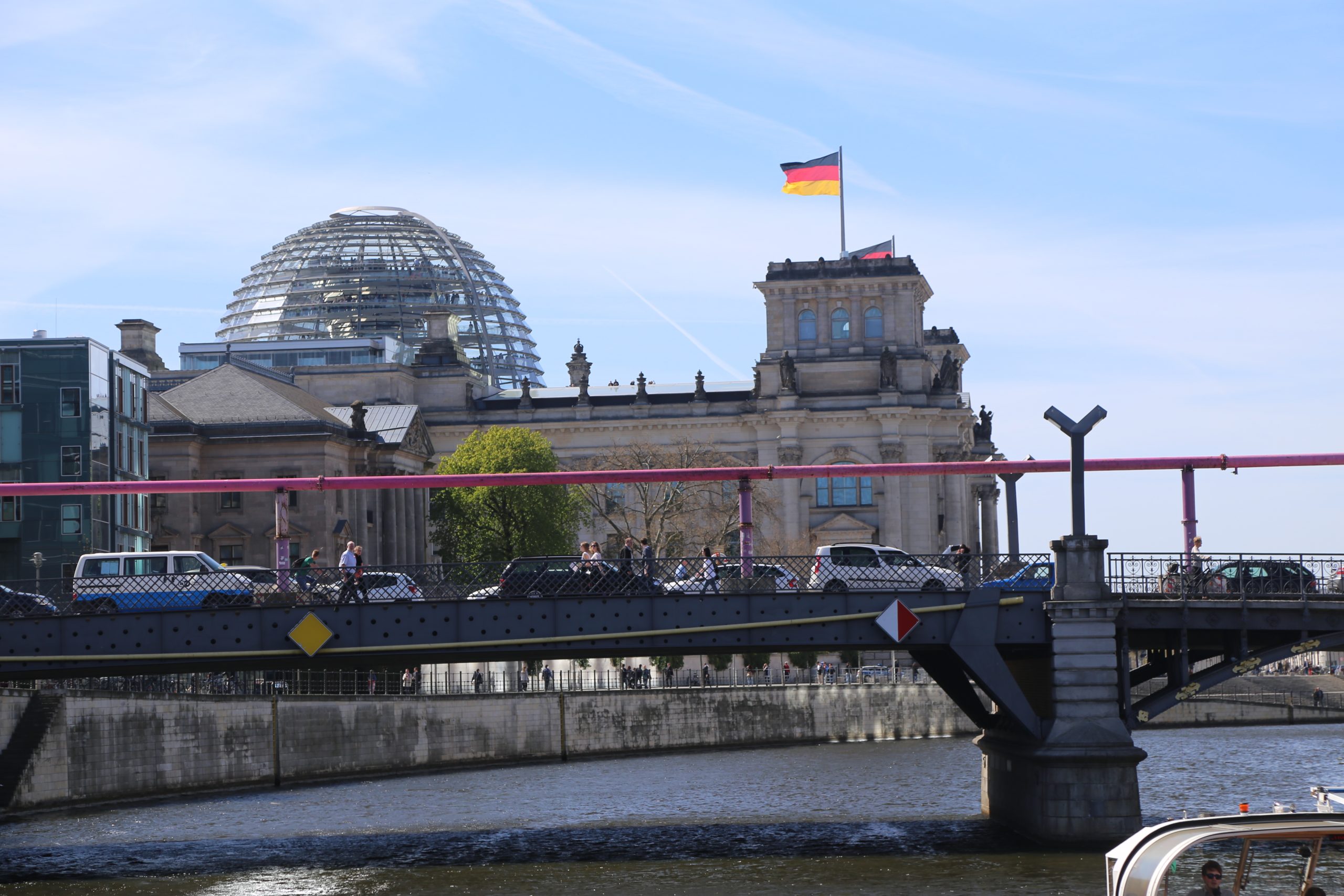 Seoul (#8) greatly improved its ranking in Environment with strong ratings in “Waste Recycle Rate” (#2) and significant improvement in “Comfortable Temperature Levels”. In the Livability category, the city scored worst in “Workstyle Flexibility”, dropping from #34 to #39 position. It maintained its strong position in Research & Development, scoring in the top 10 in five out of eight indicators.

Hong Kong (#9) saw improved ratings in the Economy area with very high scores in “Variety of Workplace Options” (#2) and “Economic Freedom”. It also raised its score in Research & Development due to improvements in “Number of Researchers” and “Number of Patents”. On the other hand, its ranking in the Cultural Interaction field fell from #13 to #20 due to a drop in scores for “Tourist Attractions” and “Attractiveness of Shopping Options”.

Shanghai (#10) made the biggest jump in overall ratings in 2020, from #30 to #10. The main reason for this was its dramatic improvement in “Variety of Workplace Options”(#16) in the Economy area, as well as “Workstyle Flexibility” in Livability, where the city scored the highest in the wake of the COVID-19 pandemic. Experiencing the impact of COVID-19 earlier than many other cities, Shanghai took the opportunity to accelerate the development new ways of working.

The full press release of Mori Memorial Foundation’s GPCI 2020 Report can be viewed at the following link:
http://www.mori-m-foundation.or.jp/pdf/GPCI2020_release_en.pdf (in English)

Carnival Corporation Expands Next-Generation Wi-Fi Connectivity with SpaceX’s Starlink
First-of-its-Kind New Rides to Open in Every SeaWorld Park in 2023 Including the World’s First Surf Coaster, the Longest and Fastest Straddle Coaster, and the World’s First Launched Flume Coaster
Island Princess of Princess Cruises Embarks in Haifa Port
How online travel platforms help to distribute tourism away from oversaturated hotspots
Return of Chinese tourists to brands and destinations may be delayed until China is able to effectively vaccinate its population
AIDAcosma, the LNG-powered cruise ship, arrives to Haifa Port
Japan National Tourism Organization Promotes Japan as a Gastronomy Tourism Destination
Adventures by Disney to Debut Its First-Ever Adriatic Sea Expedition Cruise in 2024
No-fly travel ideas in Europe
SET-JETTERS, THREE-STAR SUPERSTARS AND FOODIE-MENITIES: EXPEDIA, HOTELS.COM AND VRBO REVEAL 2023 TRAVEL TRENDS
Unique collection of classical statues is on display in Milan
Best view of Melbourne? Ferguson Pier in Williamstown
UK’s best ancient sites
Auray, Brittany, France
MSC Lirica on Mediterranean cruise
Best Museums in London
Miami has boomed over the course of the pandemic
Photo of the Day: Angers, France
What kind of ship would you choose to travel?
A local’s guide to Madrid
We use cookies on our website to give you the most relevant experience by remembering your preferences and repeat visits. By clicking “Accept”, you consent to the use of ALL the cookies.
Do not sell my personal information.
Cookie SettingsAccept
Manage consent