Viking (www.viking.com) today announced the expansion of its destination-focused travel experiences with the launch of new expedition voyages. Viking Expeditions will begin sailing in January 2022 with its first vessel, Viking Octantis, embarking on voyages to Antarctica and North America’s Great Lakes. A second expedition vessel, Viking Polaris, will debut in August 2022, sailing to Antarctica and the Arctic. Viking’s arrival to the Great Lakes will bring the newest and most modern vessels ever to explore this region of North America and will mark a major commitment to local tourism and economic development for the states of Michigan, Minnesota and Wisconsin, as well as the Canadian province of Ontario. As part of an exclusive preview, past Viking guests have been able to book select Viking Expeditions polar itineraries since October 9. Starting today, January 15, all expedition voyages – including the new Great Lakes itineraries – are available to the public for booking. 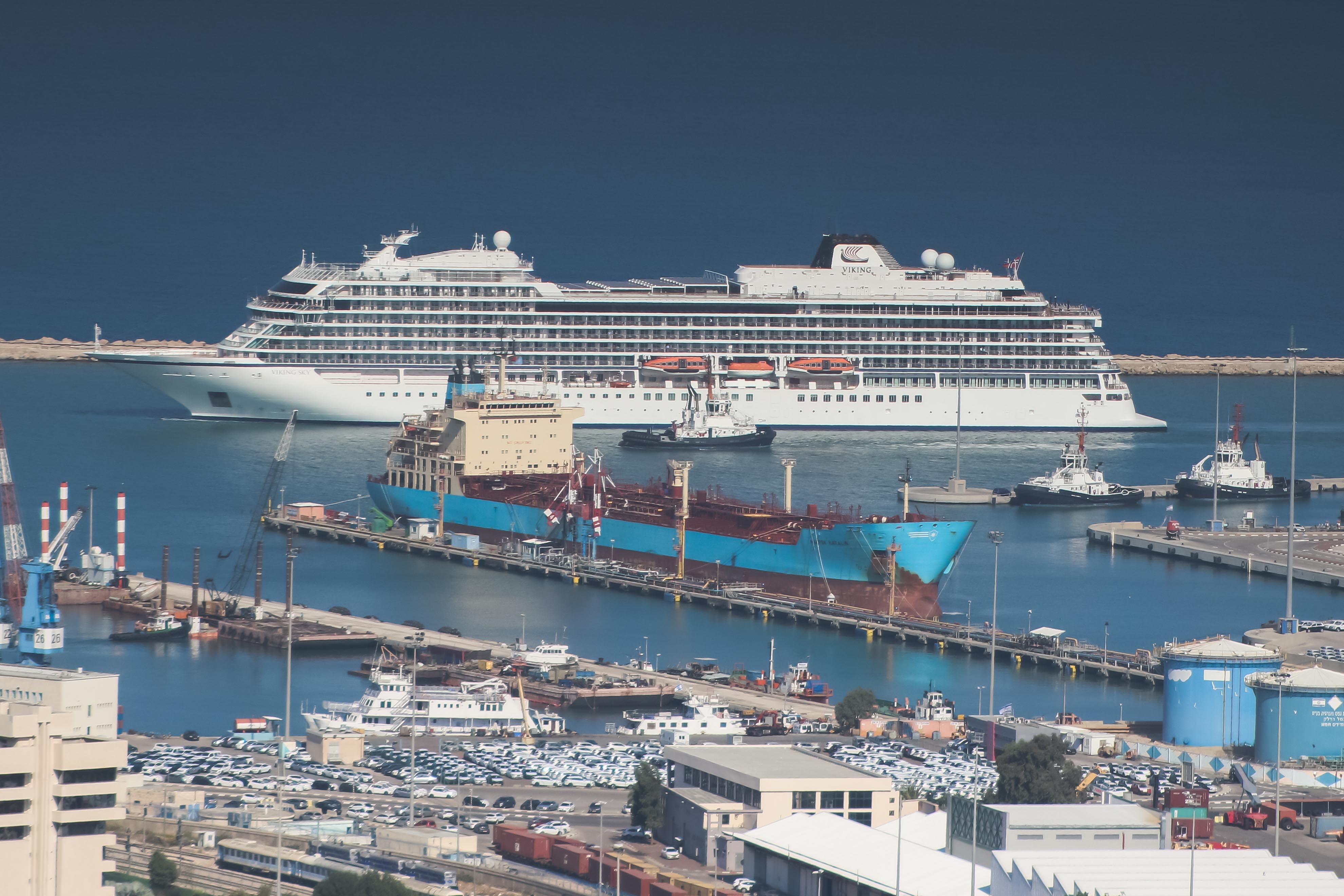 “We invented the concept of modern river cruising when we launched in 1997; then we reinvented ocean cruises and became the ‘World’s Best Ocean Cruise Line’ in our first year of operation, as well as every year since then. Now, in creating ‘the thinking person’s expedition,’ we are perfecting polar expedition cruising, and we will usher in a new era of comfortable exploration in the heart of North America,” said Torstein Hagen, Chairman of Viking. “Our guests are curious explorers. They want to continue traveling with us to familiar and iconic destinations, but they would also like to travel further. We began as Viking River Cruises; then we evolved into Viking Cruises with the addition of ocean cruises; today we stand singularly as Viking, offering destination-focused voyages on more than 20 rivers, five oceans and five Great Lakes, visiting 403 ports in 95 countries and on all seven continents.”

To develop the new expedition voyages, Viking has partnered with some of the world’s most prestigious scientific institutions. The lead partner is the University of Cambridge’s Scott Polar Research Institute. This relationship is underpinned by a major Viking endowment for scientific research into the polar regions, The Viking Chair of Polar Marine Geoscience, a Cambridge University full professorship based at the Scott Polar Research Institute, as well as a sponsorship fund supporting the Institute’s graduate students. As part of this endowment, the Institute’s scientists will undertake fieldwork on board Viking’s expedition vessels and join voyages to share their expertise with guests. Viking has also partnered with The Cornell Lab of Ornithology, a globally recognized bird research facility, whose ornithologists will regularly be on board the expedition ships, providing guest advice and interaction. Additionally, Viking has partnered with the National Oceanic and Atmospheric Administration (NOAA), whose scientists will join expeditions in the Great Lakes to conduct research focused on changes in the region’s weather, climate and ecosystems. NOAA scientists may also offer lectures about the Great Lakes’ unique environment to Viking guests during these voyages.

Details of Viking’s plans were unveiled by Chairman Hagen this evening during a celebratory launch event in Beverly Hills, Calif. Hagen also announced that famed adventurers and educators Liv Arnesen and Ann Bancroft will be honored as ceremonial godmothers to Viking Octantis and Viking Polaris, respectively. Arnesen, a native Norwegian, became the first woman in the world to ski solo and unsupported to the South Pole in 1994. Bancroft is the first woman to successfully ski to both poles. Arnesen and Bancroft also became the first women to ski across Antarctica in 2001. Together they co-founded Bancroft Arnesen Explore / Access Water, an initiative that aims to engage and empower more than 60 million minds to create a sustainable tomorrow. Arnesen will also periodically serve as a member of the Viking Expedition Team.

During this evening’s event, attendees were treated to a performance by Sissel Kyrkjebø, one of the world’s leading crossover sopranos and ceremonial godmother to Viking Jupiter, the newest ship in Viking’s ocean fleet. Before her performance, Sissel officially “named” Viking Jupiter as the ship sailed between the Falkland Islands and Cape Horn. As part of the naming, Sissel offered a blessing of good fortune and safe sailing for the ship – a naval tradition that dates back thousands of years – and then instructed crew members currently on the ship to break a bottle of Norwegian aquavit on the ship’s hull.

As she introduced Sissel on stage, Viking Executive Vice President Karine Hagen spoke about Sissel’s close relationship with Viking. “We are grateful for our longstanding friendship with Sissel, who is responsible for many of Norway’s most treasured musical memories. Sissel was my grandmother ‘Mamsen’s’ favorite singer – and she has been part of the Viking family since we launched our first ocean ship, Viking Star. We are honored to have Sissel as the godmother of Viking Jupiter,” said Hagen. “Viking Jupiter’s location tonight, near Ushuaia, Argentina, is particularly significant. Ushuaia is the southernmost port our ocean ships currently visit, but with today’s announcement of Viking Expeditions, it will also serve as the launch port for our guests to explore the Antarctic region in Viking comfort.”

Today’s announcement is the most recent development as Viking continues to increase its award-winning presence in the travel industry; in the last eight years alone, the company has introduced more than 60 new river cruise ships and six ocean cruise ships to become the largest small ship cruise line with a current fleet of 79 river and ocean vessels around the world. In 2020, Viking will launch seven new river ships. Six more ocean sister ships are on order, with options for four additional ships. These options could bring Viking’s total ocean fleet to 16 ships by 2027.

The new Polar Class 6 Viking Octantis and Viking Polaris will host 378 guests in 189 staterooms; both ships are currently under construction and will be delivered in Norway by Fincantieri’s VARD. Designed by the same experienced nautical architects and engineers that designed Viking ocean ships, the ships are optimally sized and built for expeditions – small enough to navigate remote polar regions and the St. Lawrence River, while large enough to provide superior handling and stability in the roughest seas. The ships will feature public spaces that are familiar to Viking’s ocean cruise guests but that have been reimagined for expeditions, as well as new public spaces created specifically for expeditions. Straight bows, longer hulls and state-of-the-art fin stabilizers will allow the ships to glide over the waves for the calmest possible journey; ice-strengthened Polar Class 6 hulls will provide the safest way to explore; and U-tank stabilizers will significantly decrease rolling by up to 50 percent when the ships are stationary. Viking’s expedition ships will feature modern Scandinavian design with elegant touches, intimate spaces and attention to detail. Highlights include:

Viking was founded in 1997 with the purchase of four ships in Russia. Designed for discerning travelers with interests in science, history, culture and cuisine, Chairman Torstein Hagen often says Viking offers guests “the thinking person’s cruise” in contrast to mainstream cruises. In its first four years of operation, Viking has been rated the #1 ocean cruise line in Travel + Leisure’s 2016, 2017, 2018 and 2019 “World’s Best” Awards. Viking currently operates a fleet of 79 vessels (in 2020), offering scenic cruising on rivers, oceans and lakes around the world. In addition to the Travel + Leisure honors, Viking has also been honored multiple times on Condé Nast Traveler’s “Gold List” as well as recognized by Cruise Critic as “Best Overall” Small-Mid size ship in the 2018 Cruisers’ Choice Awards, “Best River Cruise Line” and “Best River Itineraries,” with the entire Viking Longships® fleet being named “Best New River Ships” in the website’s Editors’ Picks Awards. For additional information, contact Viking at 1-800-2-VIKING (1-800-284-5464) or visit www.viking.com.

New Data Reveals Students and Youth Are Favoring Overseas Adventures Over Domestic
One of the main reasons people engage in gastronomy tourism is to try new and unique flavors and dishes
How to overcome a fear of flying
Holland America Line’s 2024 Europe Season Introduces New Itineraries and Homeports, Longer Cruises and More Northern Capitals
Return of Chinese tourists to brands and destinations may be delayed until China is able to effectively vaccinate its population
Adventures by Disney to Debut Its First-Ever Adriatic Sea Expedition Cruise in 2024
Why Take A Guided Jeep Tour
Where and when to see cherry blossoms in Japan
Vietravel Airlines Officially Flies First International Route Hanoi – Bangkok
What is RevPAR?
At the start of the year Rzeszow was the 15th-biggest city in Poland
Exploring Provence’s Luberon Valley
Saint-Malo, Brittany, has the highest tides in Europe
The Dyrt Announces the 2022 Best Places To Camp: Top 10 in the U.S.
How to travel the world, but stay in one place: exotic and serene destinations
What makes French pastries so good?
Best Museums in London
Rhapsody of the Seas on Mediterranean cruise
Famous Key Marco Cat on exhibit at Marco Island Historical Museum through 2026
The Loire is loved for its wines
We use cookies on our website to give you the most relevant experience by remembering your preferences and repeat visits. By clicking “Accept”, you consent to the use of ALL the cookies.
Do not sell my personal information.
Cookie SettingsAccept
Manage consent